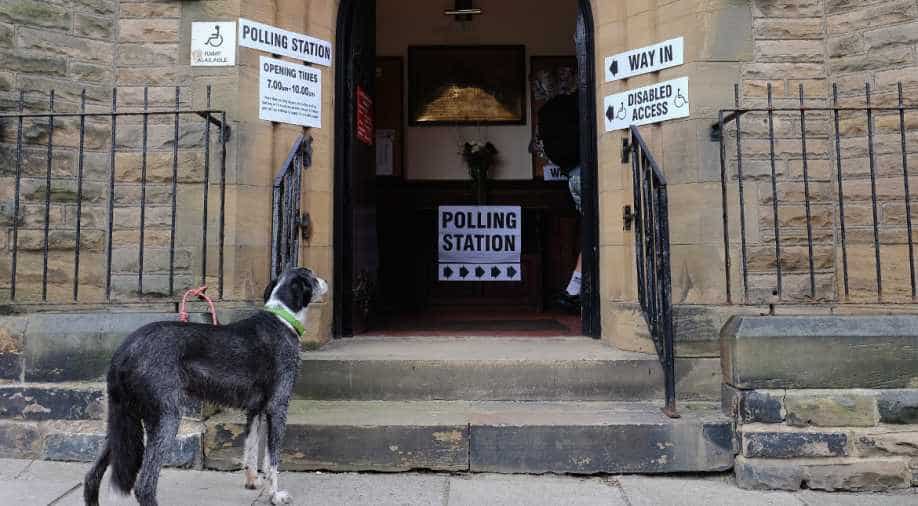 A dog waiting outside a polling station during Brexit vote. Photograph:( Getty )

Follow Us
Brexit is a significant change in the history of the European Union and a shock for many of its citizens, perhaps the most dramatic after the fall of the Berlin wall in 1989.

While interrogating the future in a desperate attempt to understand what could happen next, pungent irony has spread on social media.

And Iceland's victory over England in the Euro 2016 tournament on Monday did nothing to help matters.

After the match, English national team coach, Roy Hodgson, announced his resignations, adding his position to other important job vacancies in the UK. In case you need a job, here is a reminder. Please remember to bring your resume along.

required ASAP as our country is falling apart

Brexit is, above all, a matter of business as this image reminds us.

But food, too, plays an important part. It is said that eating together, exchanging recipes and sharing food habits lay the foundation of good relations.

So, how could food not be part of the post-Brexit shock?

Like every significant moment in our life, Brexit must have a soundtrack. It is not always an easy choice and the #UKBreakUpSongs competition started on Twitter.

The winner for this author is the ironic twist of Simon&Garfunkel's The Sound of Silence.

The Pound of Silence