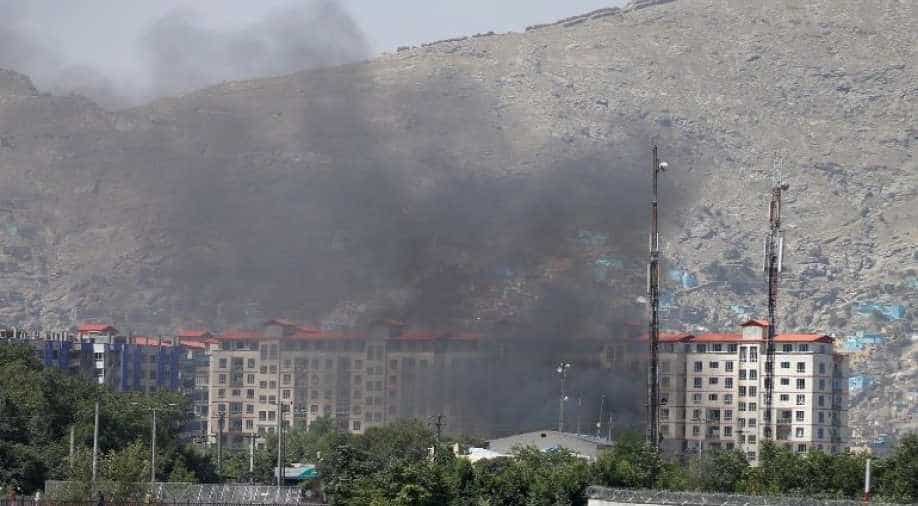 Gunmen stormed a nearby building, triggering a gun battle with special forces in the Puli Mahmood Khan neighbourhood of the Afghan capital.

The United States condemned a Taliban car bombing and gun assault in the capital Kabul on Monday that killed six people and wounded dozens including 50 children.

"This brazen attack demonstrates the Taliban's callous disregard for their fellow Afghans, who have repeatedly voiced the urgency of finding a peaceful resolution to the conflict," the White House said in a statement.

At least six people were killed and dozens, including 50 children, wounded when the Taliban detonated a powerful car bomb in Kabul -- the latest deadly attack in one of the most dangerous countries in the world to be a child.

Save the Children led international condemnation of the blast targeting a defence ministry building, which sent a plume of smoke into the air during rush hour and shook buildings nearly two kilometres away.

Gunmen then stormed a nearby building, triggering a gun battle with special forces in the Puli Mahmood Khan neighbourhood of the Afghan capital.

The health ministry put the wounded toll at 116 people. Among the injured were 50 children, officials said, adding that most had been hurt by flying glass and were in stable condition.

Rahimi said all five gunmen and the driver of the car had been killed, and a clearing operation was over.

Five schools were damaged in the blast, the education ministry said.

Save the Children branded the attack "utterly deplorable", warning that "children's smaller bodies sustain more serious injuries than adults" and that the trauma of such attacks can stay with them for years.

The Taliban claimed the attack, which came just two days after the insurgents began a seventh round of talks with the US in Qatar, as Washington eyes a breakthrough before Afghanistan's presidential election in September.