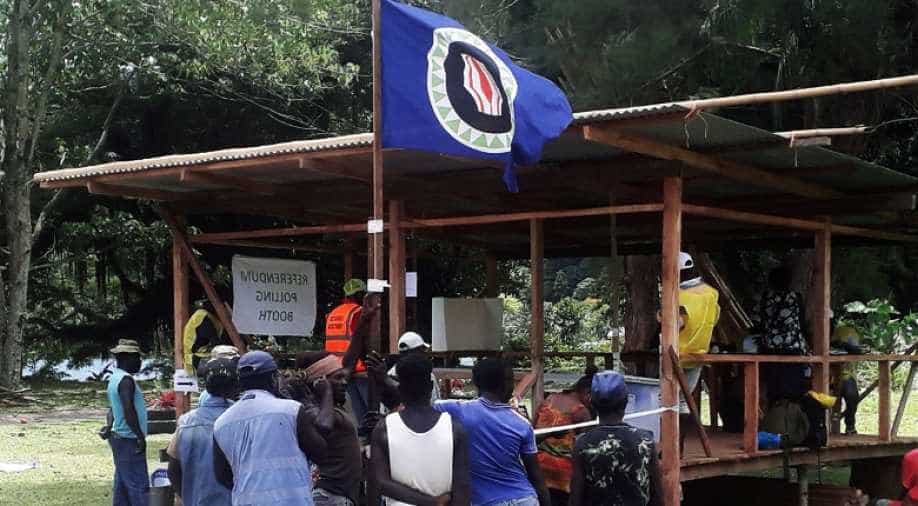 The decision to break away from  Papua New Guinea now needs ratification from the PNG parliament.

Voters in Bougainville overwhelmingly backed independence from Papua New Guinea after results were declared today paving the way for the isles to become the world's newest nation.

The Bougainville Referendum Commission announced on Wednesday that 98 per cent of voters, that is 176,928 people had backed independence, whereas only 3,043 supported staying with Papua New Guinea.

Bougainville residents had voted last month in a referendum on whether to stay with Papua New Guinea with the choice being between full independence or greater autonomy within Papua New Guinea. At least 207,000 Bougainvilleans were registered to vote. The election process was peaceful as people voted amid joyous scenes.

The decision to break away from  Papua New Guinea now needs ratification from the PNG parliament.

Around 300,000 people live in Bougainville which consists of two main towns Arawa and Buin. According to a 2011 census, the population of Bougainville was 249,358. The island is named after Louis Antoine de Bougainville, who sailed along its east coast in 1768.

Bougainville Vice President Raymond Masono has said he would revive a plan to overhaul the region's mining laws after the independence referendum which could strip the former operator of the Panguna gold and copper project of its interests.

Conflict raged in the area over a copper mine in Panguna on profits to be shared with Rio Tinto leading the company to pull out of the project in 1989 amid a civil war which finally ended in 1998.