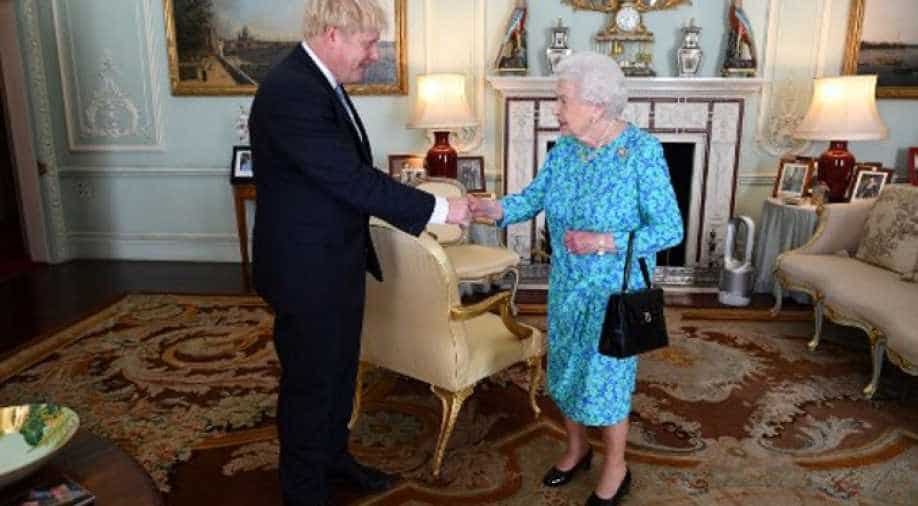 Johnson, who is the 14th British prime minister to serve under Queen Elizabeth II.

Soon after outgoing Prime Minister Theresa May submitted her resignation letter to Queen Elizabeth, Boris Johnson arrived at Buckingham Palace to take over as the new prime minister of Britain.

A picture released by the Palace showed Johnson shaking hands with Queen Elizabeth II and bowing.

Johnson is the 14th British prime minister to serve under Queen Elizabeth II.

Boris Johnson began putting together his top team as he prepared to take over as Britain's prime minister on Wednesday, on a mission to deliver Brexit by October 31 by any means necessary.

The former London mayor, a divisive figure best known for his gaffes and rhetorical flourishes, was elected on Tuesday by members of the governing Conservative party to be their next leader.

Ahead of May's resignation, a raft of her pro-EU ministers stepped down before Johnson takes over.

Finance minister Philip Hammond, who has promised to resist any attempts to force through a no-deal Brexit, said the new prime minister should be free to choose someone who was "fully aligned" with his views.