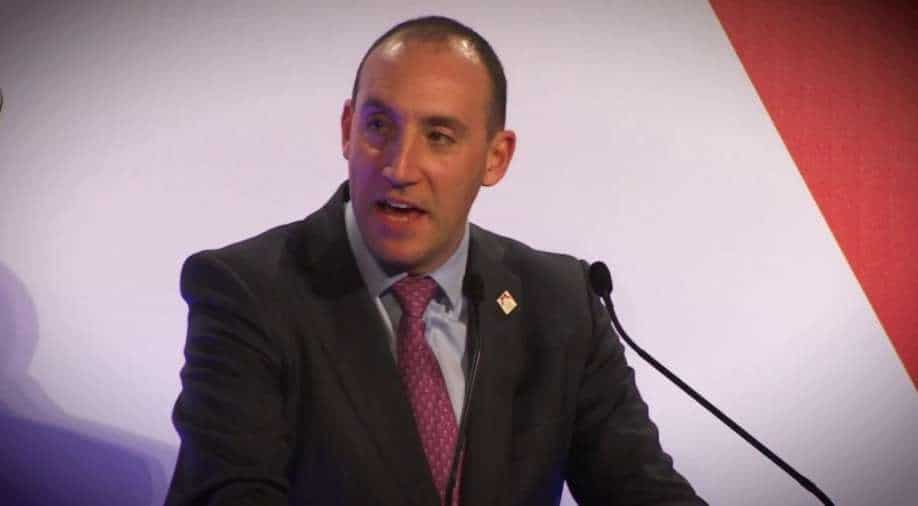 Dan Rosenfield will formally take over the prime minister's office on January 1, according to a Downing Street statement, potentially handing him a poisoned chalice as Britain quits a post-Brexit transition period out of the European Union.

Since 2016, Rosenfield has been global head of corporate clients for Hakluyt, a London-based strategic advisory firm that was founded by former operatives of Britain's foreign intelligence agency, MI6.

Johnson is reshaping his senior team of advisers following the dramatic departure of Dominic Cummings earlier this month.

Cummings was seen as the driving force behind Johnson's strategy on Brexit and most other policies, and his exit has been billed as a chance for a 'reset' for the British leader.

There was speculation that Johnson would opt for a senior politician such as former finance minister Sajid Javid as chief of staff. But instead he has favoured behind-the-scenes experience in the low-key Rosenfield, suggesting a more consensual style after Cummings.

Rosenfield joins from Hakluyt, a strategic advisory firm for businesses and investors, where he has been global head of corporate clients and head of the UK business since 2016, the government said.

He previously worked at Bank of America as a managing director of investment banking, and spent over a decade working in the finance ministry where he served as a senior aide to former finance ministers Alistair Darling and George Osborne.

He is also chairman of World Jewish Relief, the leading humanitarian charity for Britain's Jewish community.