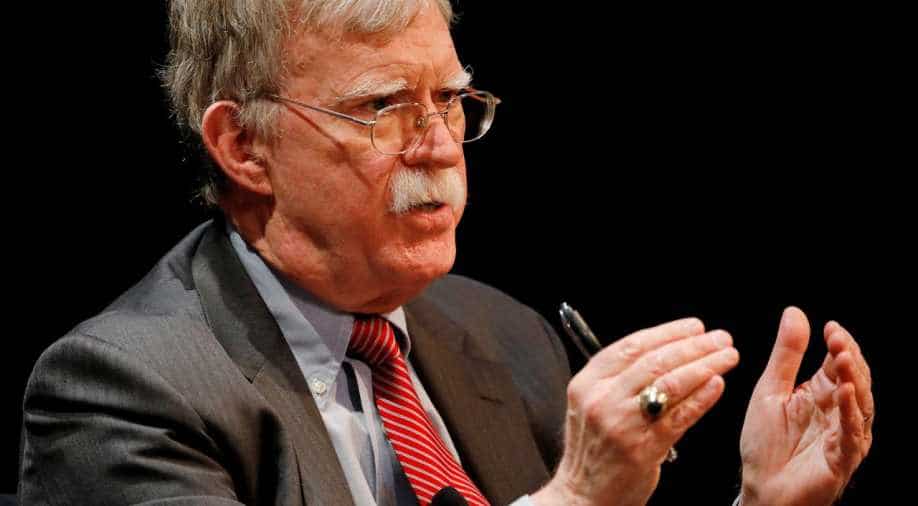 The longtime foreign policy hawk, who left the White House in September, accused the president of sweeping misdeeds in order to seek re-election, including explicitly seeking Chinese President Xi Jinping's help, according to portions of his behind-the-scenes account.

Donald Trump's former national security advisor John Bolton said the US president is unfit for office, according to interview excerpts released on Thursday after portions of the top aide's upcoming book revealed a withering portrayal of his ex-boss.

The longtime foreign policy hawk, who left the White House in September, accused the president of sweeping misdeeds in order to seek re-election, including explicitly seeking Chinese President Xi Jinping's help, according to portions of his behind-the-scenes account.

Trump also expressed a willingness to halt criminal investigations to favor dictators he liked, Bolton said in excerpts published in several major newspapers on Wednesday that allege far more extensive accusations of impropriety than those that drove Trump's impeachment.

Trump, a Repulican seeking re-election on Nov. 3, bristled at the allegations and slammed Bolton's character, calling his former adviser a "liar" and a "dope."

The U.S. Justice Department has sued to block Bolton from publishing the book, citing risks to national security, but publisher Simon & Schuster dismissed the accusations and said the thousands of copies have already been distributed.

Excerpts were widely published in the Wall Street Journal, the Washington Post and the New York Times.

In the memoir, Bolton cited multiple conversations in which Trump demonstrated "fundamentally unacceptable behavior that eroded the very legitimacy of the presidency."

"There really isn't any guiding principle that I was able to discern other than what's good for Donald Trump's re-election," Bolton told ABC News.

Trump told China's Xi in June 2019 to go ahead and build camps for its mostly Muslim Uighur minority and other Muslim groups despite the Trump administration's criticism of China's mass detention.

Bolton also wrote that Trump said invading Venezuela would be "cool" even as the US government has said it does not favor using force to topple Venezuela's socialist President Nicolas Maduro.

At a summer 2019 meeting in New Jersey, Trump made some of his most alarming remarks to date on the media, saying journalists should be jailed so they have to divulge their sources and "should be executed," Bolton said, according to one excerpt.