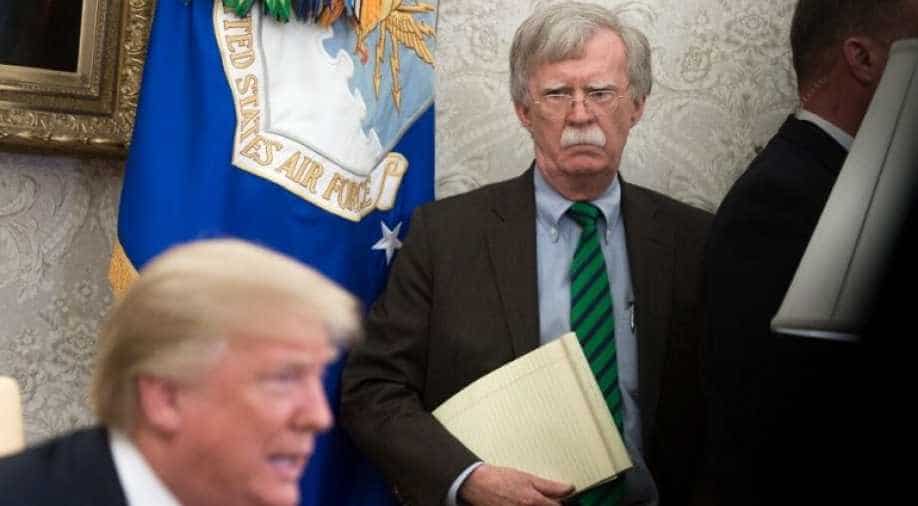 Bolton told CNN on Wednesday that he does not have confidence in US President Donald Trump's handling of the coronavirus pandemic.

Former White House national security advisor John Bolton, who has created quite a stir with his memoir on US President Donald Trump, has said his former boss was "turning a blind eye" at the onset of the coronavirus outbreak because he did not want to hear "bad news" about his "friend," China President Xi Jinping.

Bolton told CNN on Wednesday that he does not have confidence in US President Donald Trump's handling of the coronavirus pandemic.

"I think the President did not want to hear bad news about Xi Jinping, his friend. He did not want to hear bad news about the cover-up of the virus in China, or its potential effect on the China trade deal that he wants so much. And he didn't want to hear about the potential impact of a pandemic on the American economy and its effect on his reelection. Turning a blind eye to all these early signs I think hampered the country's ability to deal with this, and continues to do so," Bolton told CNN.

Asked if he had confidence in Trump's handling of the pandemic, Bolton responded: "I do not."

"I think in a country the size of the United States, state and local authorities should have a big role, but at the federal level, the response has not been consistent," he said.

Bolton's remarks follow the release of his book, titled "The Room Where it Happened." The book has been subject to a months-long legal battle between him and the Trump administration.

The White House had argued that Bolton has breached non-disclosure agreements and risks national security by exposing classified information.

Trump even -- in a last ditch attempt last week -- asked a judge for emergency help to stop the book's publication.

A federal judge on Saturday blocked the Trump administration's attempt to prevent the publication of the book -- but left open the possibility that Bolton could face criminal charges or be forced to hand over profits related to the book.

Democrats have criticised Bolton for caring more about his book sales than Trump's misconduct, while Republicans continue to question Bolton's credibility and accused him of having an axe to grind.

Bolton also told CNN that he does not see Trump as being racist.