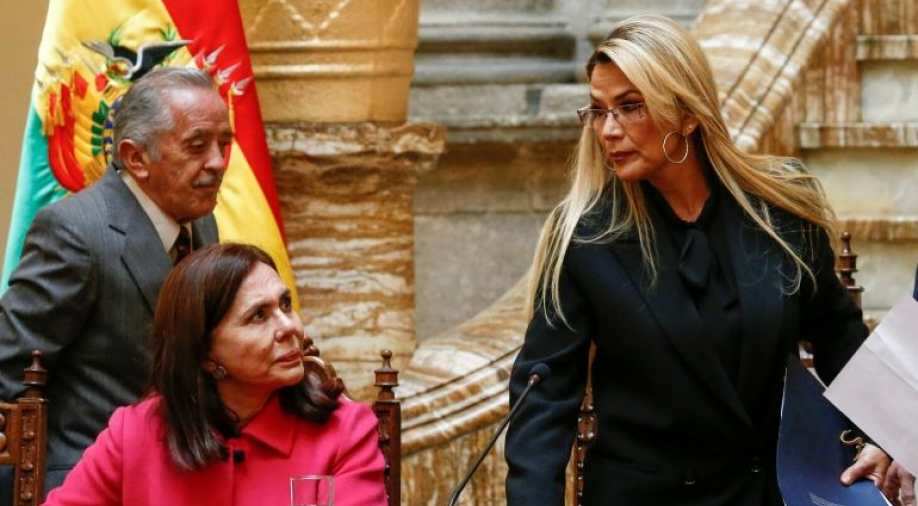 Shortly after, Mexico's foreign ministry said it would recall Mercado to ensure her safety and branded Bolivia's move as "political in nature".

In Madrid, Spain's foreign ministry said it would expel three Bolivian diplomatic staff over the matter.

Bolivia's disputed October election sparked widespread protests and Morales resigned last month in the face of growing civil and military pressure. Anez took over by default and has made sharp policy shifts away from his socialist government, fraying ties with leftist allies in the region.

Morales, meanwhile, claimed he was toppled in a right-wing "coup" and many of his allies have rallied behind him with the country headed for new elections in 2020. He fled the country and was granted asylum in Mexico. He is now in Argentina.

Mexican officials said the government aims to uphold ties with Bolivia and has not declared the Bolivian ambassador to Mexico persona non grata.

"For now, the foreign ministry does not have the intention of breaking diplomatic relations with Bolivia," Interior Minister Olga Sanchez told reporters. She added that tension between the two nations was nevertheless undeniable.

On Friday, Mexico's government said Bolivian authorities harassed and intimidated its diplomatic staff and impeded the departure of Spanish officials visiting its embassy in the capital where a number of Morales' allies had holed up.

Anez said the Bolivian government would not tolerate people "trying to cover up and protect criminals who have committed crimes of sedition, armed uprising and terrorism" and that Bolivia would not be a "colony" of any other country.

According to Bolivia's government, a former senior aide to Morales, Juan Ramon Quintana, is among nine people who have taken asylum in the Mexican embassy.

Mexico said last Thursday that it was asking the International Court of Justice to mediate the dispute.

Mexican Foreign Minister Marcelo Ebrard said in a Tweet that Mercado had "fully represented Mexico and its cause in favor of asylum and peace". Mercado wrote in a post in response she was proud to uphold Mexico's "principles and tradition of asylum."