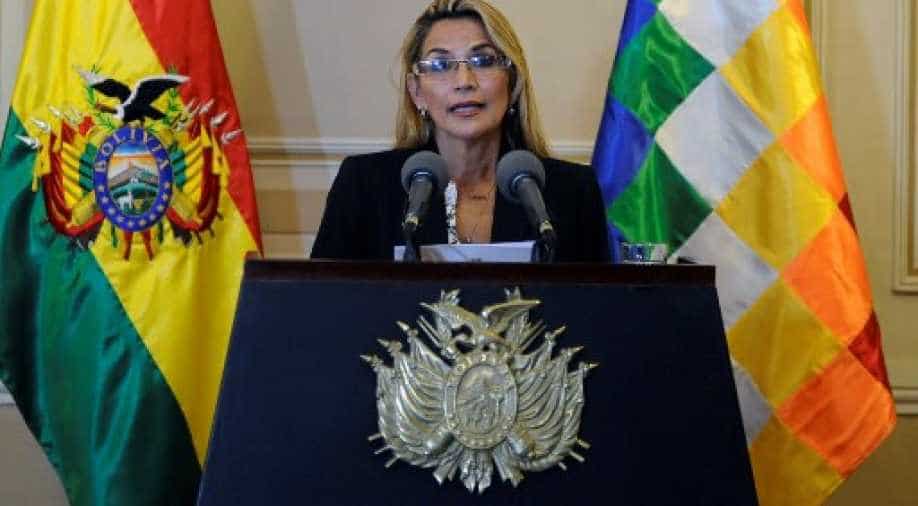 Anez promised to hold elections in the 'shortest possible time' while naming a cabinet.

"The United States applauds Bolivian Senator Jeanine Anez for stepping up as Interim President of State to lead her nation through this democratic transition, under the constitution of Bolivia," Secretary of State Mike Pompeo said in a statement.

In Mexico on his first day in exile, Evo Morales in a press conference said he was ready to return to  "pacify" the country even as police clashed with pro-Morales supporters in Bolivia.

Deputy Senate Speaker Anez had earlier moved to proclaim herself as the interim president amid turmoil in the country - a move which was backed by Bolivia's Constitutional Court.

Anez promised to hold elections in the "shortest possible time" while naming a cabinet.

"There is no coup in Bolivia. There is a constitutional replacement," Anes asserted, adding, "the only coup d'Etat in this country has been by Evo Morales."

Meanwhile, Morales speaking in Mexico said that the  Organization of American States (OAS) is "in the service of the North American empire", referring to the US.

"The OAS took a political decision, not a technical or legal one, the OAS is in the service of the North American empire," Morales declared.

"We're going to return, sooner or later. The sooner the better, to pacify Bolivia," he added.

Bolivia's has seen weeks of political turmoil after the controversial October 20 election in which Morales was declared the winner. The OAS in an audit had said it had evidence of vote count manipulation as the Opposition rejected the elections.