In Mexico, Morales pledges to 'remain in politics' as Bolivia battles to restore stability 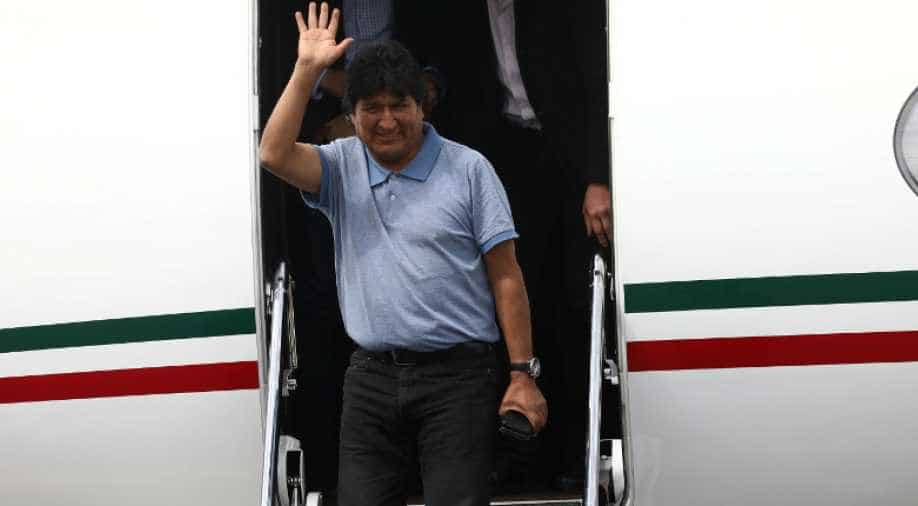 As Bolivia's ex-president Evo Morales began his life in exile in Mexico pledging to "remain in politics" and continue his "fight", the US State Department asked its citizens not to travel to the South American country amid large scale violence.

In violence-ravaged Bolivia, deputy Senate Speaker Jeanine Anez who is in line to take over declared herself interim president even as lawmakers failed to reach a consensus over the country's leadership although reports said Constitutional Court had endorsed her appointment.

"We are emerging from one of the darkest episodes of our democratic history," Jeanine Anez said, adding,"I ask that from now on we join forces and our hands to help rebuild democracy and the rule of law."

"We want to call new elections as soon as possible," Anez said in Congress while adding that, "It's a commitment we have made to the country and of course, we will fulfil it."

Police set roadblocks to block political groups from clashing against each other even as the attorney general said seven people had died since violence had broken out after Morales was declared winner in a controversial election last month.

Four of those fatalities were from gunfire, Attorney General Juan Lanchipa said.

"All of these cases will be investigated until we establish the truth and find out who is responsible so they can be punished under the law," Lanchipa asserted.

Meanwhile, the US State Department told its citizens not to travel to Bolivia due to the unrest.

"Do not travel to Bolivia due to civil unrest," the State Department said in its advisory while it decided to pullout "non-emergency US government employees due to ongoing political instability in Bolivia."