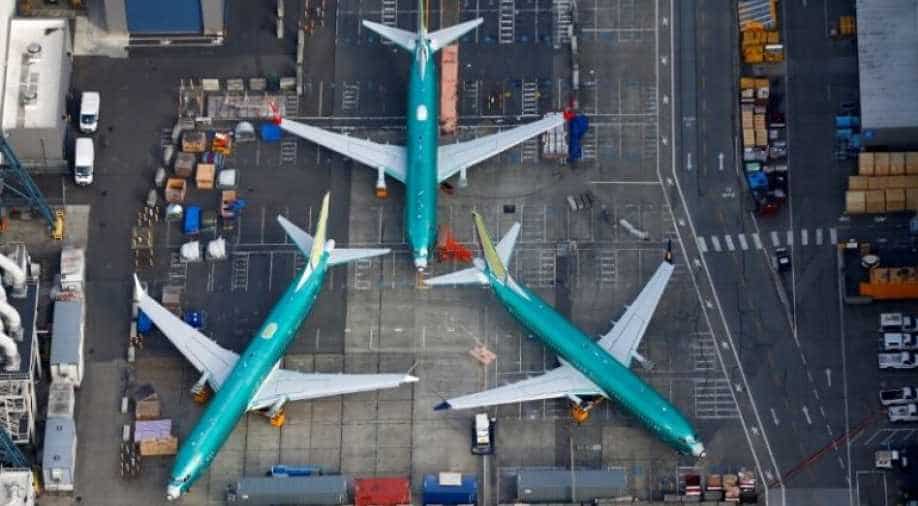 An aerial photo shows Boeing 737 MAX airplanes parked on the tarmac at the Boeing Factory in Renton, Washington, US Photograph:( Reuters )

Boeing Co is in talks with banks to facilitate a $10 billion loan or more as costs continue to rise, in the midst of two crashes involving the 737 Max jetliner, Reuters reported.

According to CNBC, Boeing has so far secured at least $6 billion from banks and is looking for more lenders.

However, it is still unknown how much Boeing is seeking in loans, and whether the company would consider selling new bonds.

With no deadline for the 737 Max to return in flight, there is not much clarity. 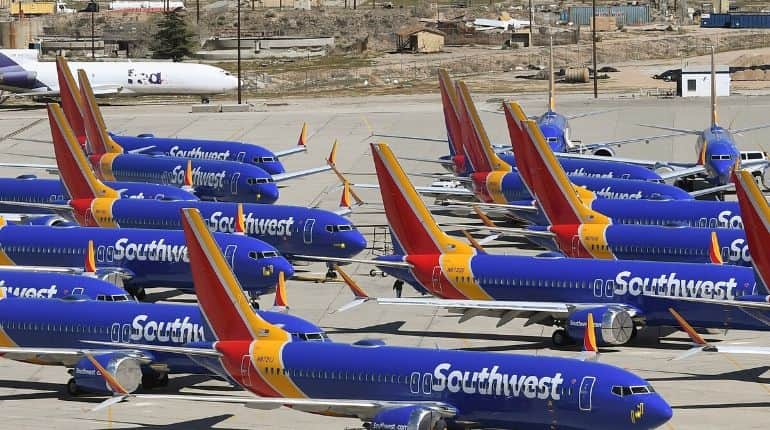 In this file photo taken on March 28, 2019, Southwest Airlines Boeing 737 MAX aircraft are parked on the tarmac after being grounded, at the Southern California Logistics Airport in Victorville, California | AFP

On Friday, the Federal Aviation Administration is not expected to approve 737's return until March, but could also take much longer.

Boeing recently suggested that the production of the 737 Max would be put on hold in the state of Washington for now. A full-fledged halt on production would be enforced this month.

"MAX production has now been temporarily suspended inside the 737 factory. The Renton site remains open as our teams focus their work on several quality initiatives," Boeing said, referring to its facility in Renton, Washington.

As part of company policy, Boeing only gets paid after delivering the planes. This handout photograph taken and released on January 11, 2020, by The National Security and Defense Council of Ukraine, shows people standing and analysing the fragments and remains of the Ukraine International Airlines plane Boeing 737-800 that crashed outside the Iranian capital Tehran on January 8, 2020 | AFP

According to company estimates, the company has lost $9 billion owing to the 737 setbacks. On January 29, the company will disclose additional costs during its fourth-quarter earnings.

Boeing is facing a price surge owing to the halt in production of planes, whereby it is compensating airlines for lost planes and adding on to its supply chain.

Reuters reported that Boeing has been losing around $1 billion every month, with a negative free cash flow of $3 billion in the third quarter.

This year witnessed the lowest numbers of plane deliveries for the company in 11 years.

Recently, Boeing had discovered a software issue with the 737 system but said that it was harmless when in flight.