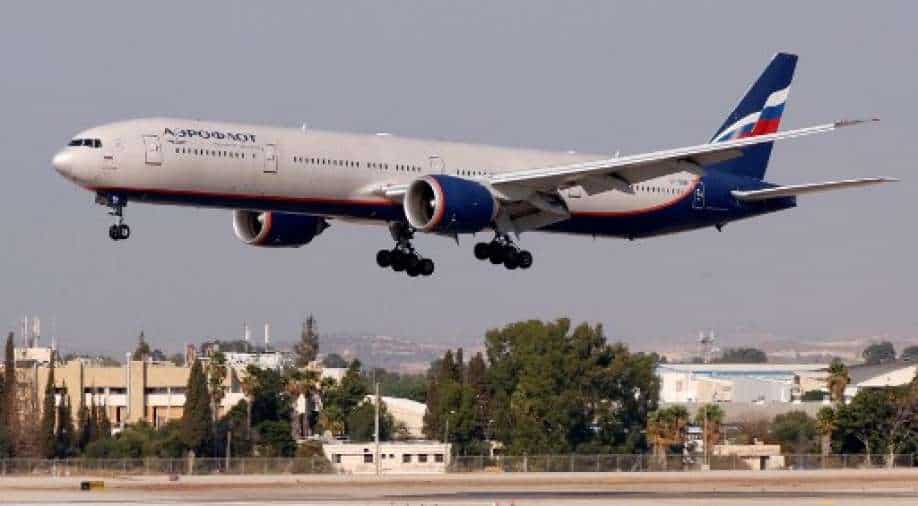 On Thursday, the US aviation oversight agency had announced it had fined Boeing $6.6 million for series of lapses in the manufacturer's regulatory and safety obligations.

Just days after US Federal Aviation Administration(FAA) ordered extra inspections of some Boeing 777 passenger jets, a Boeing 777 airliner made an emergency landing in Moscow reportedly due to engine trouble.

The Boeing 777 cargo flight No. 4520 was flying from Hong Kong to Madrid when it was forced to land in Moscow after the pilot's detected incorrect operation of the engine control sensor.

On Thursday, the US aviation oversight agency had announced it had fined Boeing $6.6 million for series of lapses in the manufacturer's regulatory and safety obligations.

"Boeing failed to meet all of its obligations under the settlement agreement," Steve Dickson, Federal Aviation Administration head said, adding, "I have reiterated to Boeing's leadership time and again that the company must prioritize safety and regulatory compliance, and that the FAA will always put safety first in all its decision."

Last weekend, a  Boeing 777  scattered debris over Denver in the United States after its engine failed and burned apart shortly after takeoff. No one was hurt in the incident however it highlighted Boeing's troubles even as it resumed deliveries of the grounded 737 MAX following two fatal crashes.

The FAA immediately suspended flights on planes with the same model while ordering deeper inspection of the Pratt & Whitney engines on Boeing 777 planes that had failed over Denver.

According to US National Transportation and Safety Board, the Denver incident involving Boeing was caused due to "metal fatigue". Later, Boeing said all 128 777 aircraft with Pratt & Whitney engines were grounded out of which 69 were in service while 59 were in storage.