Bobi Wine vs Yoweri Museveni: Who will become Uganda's next president? 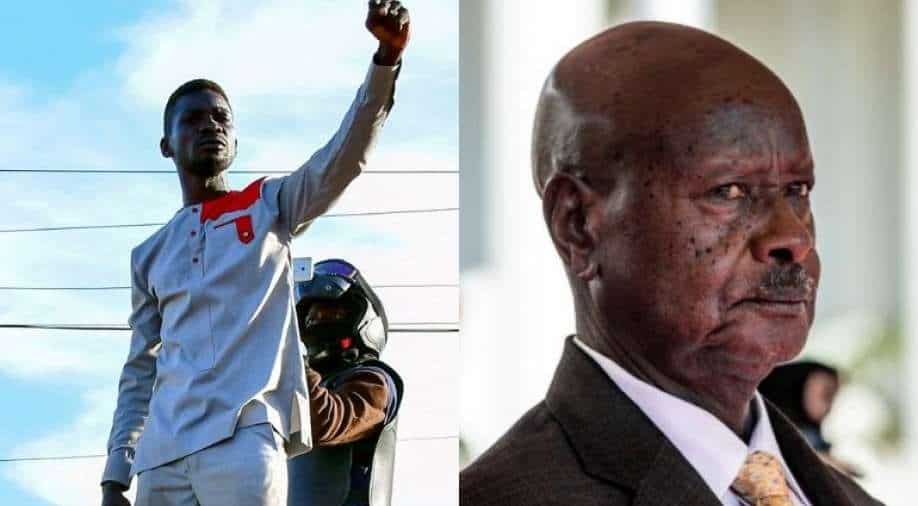 After a chaotic and bloody round of campaigning, the world's attention is on singer-turned-lawmaker Bobi Wine.

Uganda will choose its next president on Thursday. This is Uganda's most violent election. There is heavy security deployment on the streets of the African country.

After a chaotic and bloody round of campaigning, the world's attention is on singer-turned-lawmaker Bobi Wine.

Wine has challenged president Yoweri Museveni who is looking for a record sixth term. But --- it won't be easy. The challenger has faced a series of arrests and violent attacks in recent months.

Even his supporters haven't been spared. In a recent tweet, Wine shared a video that allegedly shows --- a member of the campaign being arrested by the military.

Wine has also claimed --- that one of his supporters was shot dead in a raid. On Tuesday, Bobi Wine said he had been targeted with a raid too. The violence has caught the attention of the United Nations.

The Ugandan president's response was defiance. He accused the opposition of fuelling unrest and violating coronavirus regulations.

Social media and big tech is playing a role in this election too.

Ahead of the polling, Facebook shut down several accounts linked to the Ugandan government. According to reports, fake accounts were being used to spread disinformation to voters.

The Ugandan government accused Facebook of interfering in the election.

Social media has been banned ahead of polling. But, the opposition wants voters to use technology. Bobi Wine fears the election results could be rigged. He has called on voters to record the declaring of results in their districts.

Uganda has never seen a peaceful transition of power. But this could be another level. There are fears that the results could trigger a fresh wave of violence. The government anticipates a backlash. There is a massive military presence across Uganda now. A move that could deter voters from coming out.