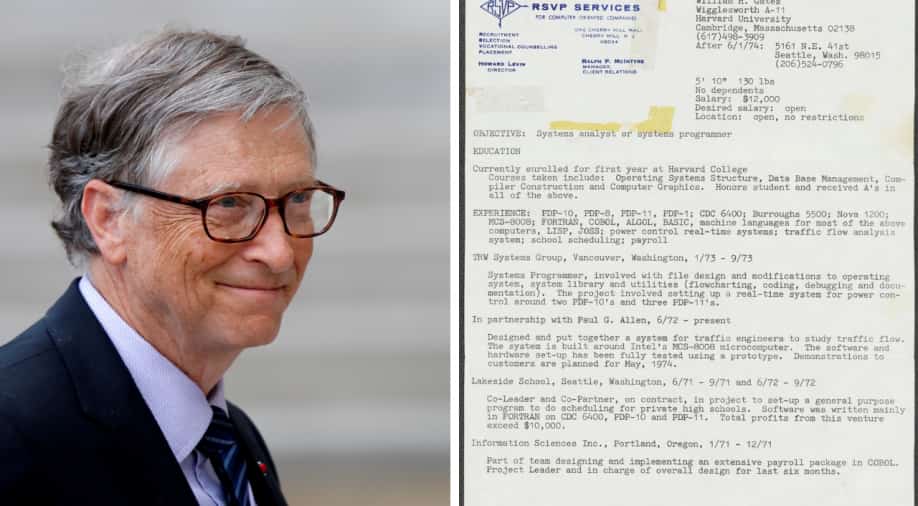 The 48-year-old resume dates back to when he was in his first year at Harvard. In his resume, the billionaire philanthropist has mentioned his expertise in including operating systems structure, database management, computer graphics, and compiler construction.

While there are many websites and consultants who could help you build a good resume, let’s take a cue from Bill Gates! On Friday, Bill Gates shared his first resume on his LinkedIn account and it’s nothing short of inspiring. Sharing a picture of his resume, he wrote, “Whether you’re a recent grad or a college dropout, I’m sure your resume looks a lot better than mine did 48 years ago”.

The 48-year-old resume dates back to when he was in his first year at Harvard. In his resume, the billionaire philanthropist has mentioned his expertise in including operating systems structure, database management, computer graphics, and compiler construction. He further mentions “Honors Student and received A’s in all of the above.”

At that time Bill Gates was known as William Henry Gates III. Although Bill Gates has mentioned that other people’s resume looks better than his 48-year-old resume, however, Netizens think otherwise.

Someone called it a "piece of archaeology" 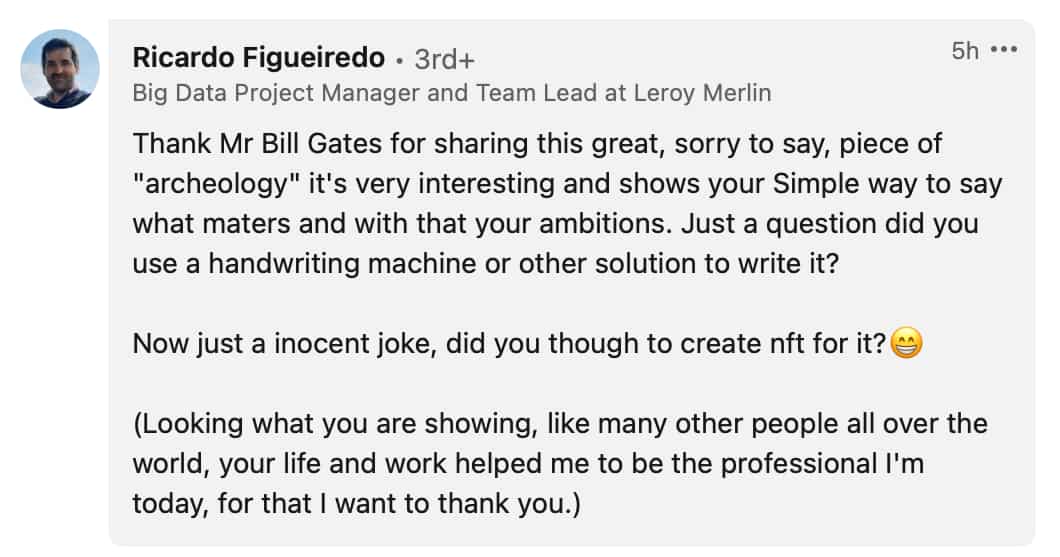 But, one other user thanked Gates - "Thank you for the example! Bill Gates great example of the essence of a CV and what it stands for - unveil what is behind the words. The depths of the words are what matters." 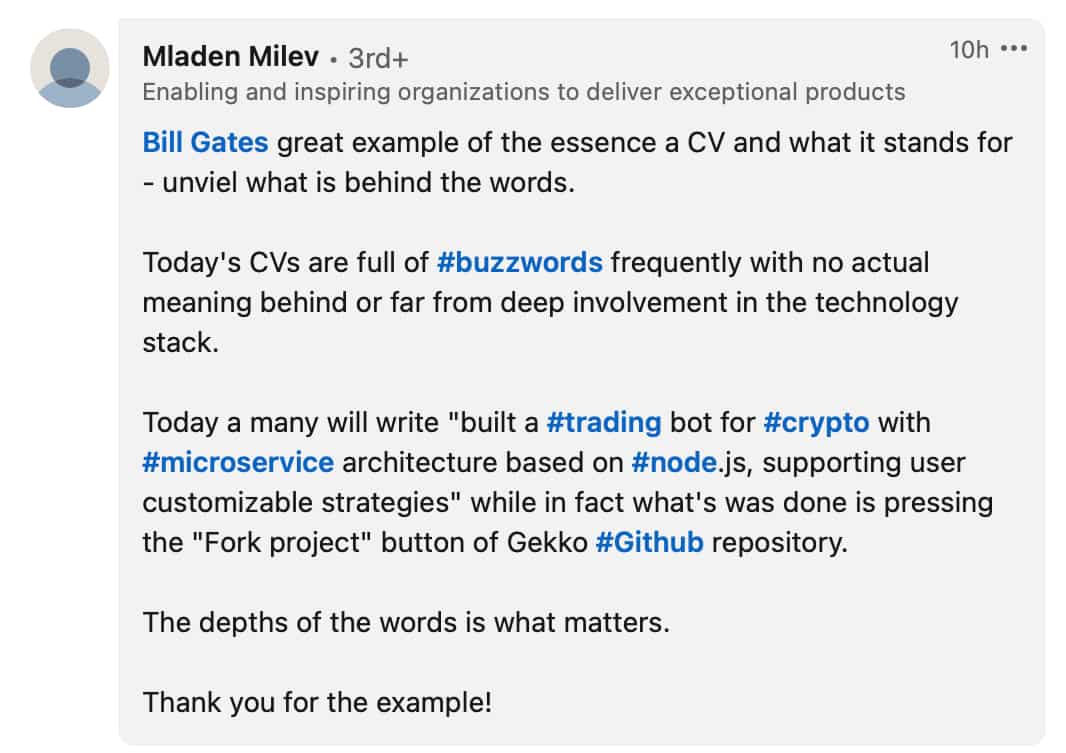 A LinkedIn user wrote, “Thank you for sharing Bill Gates. Great one-page resume. We should all keep copies of our past resumes to go back and have a look. Sometimes, we forget how much we have accomplished in our lives.”

One user tried to guess how the CV was created - "That's a hugely impressive CV for a young person 48 years ago...undervalued. The structure of the CV is good. I wonder what printer
and software were used for it, not Word! ... probably a typewriter!" 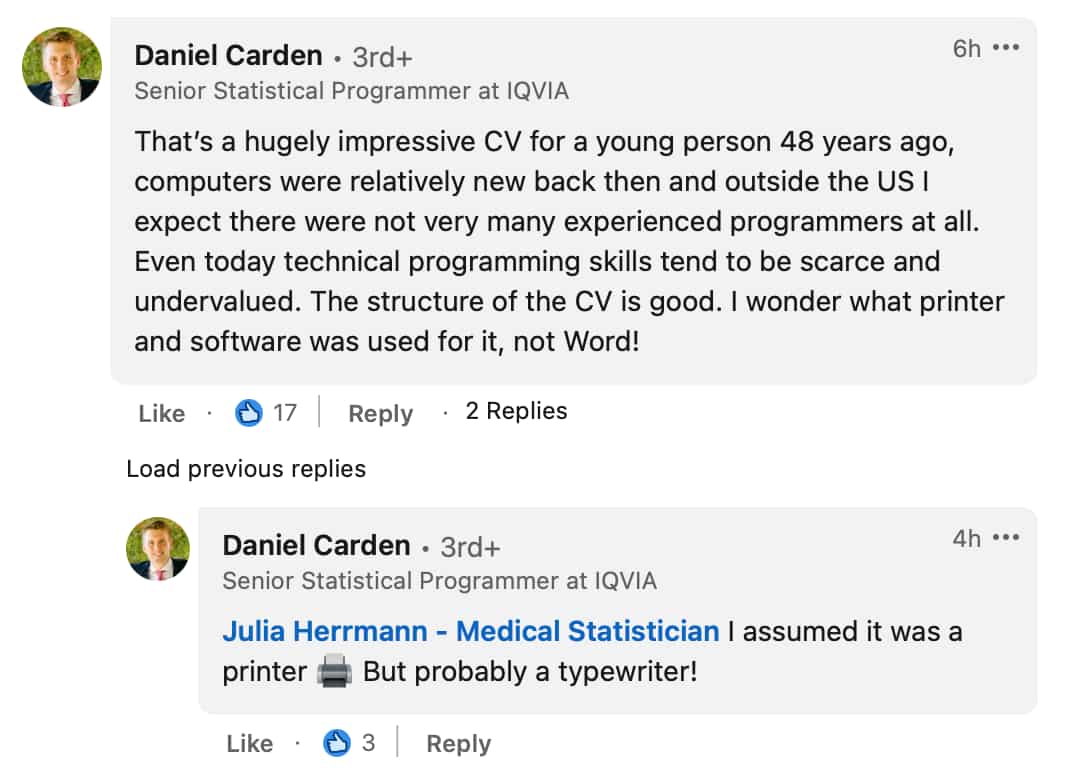