Believe it or not: This 'Fu*#ing' Austrian town will be renamed! 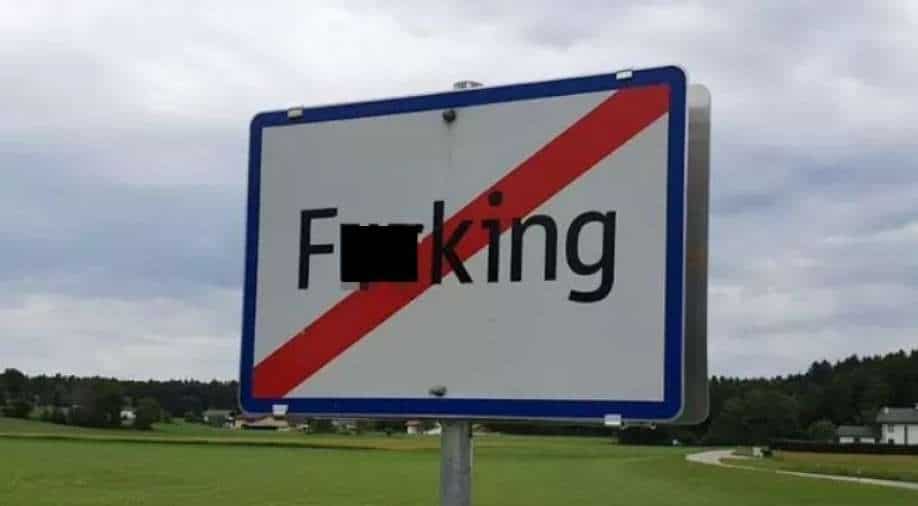 Across the globe, there are several funny names of places, towns, cities, among others.

And one such town is in Austria that is the centre of many jokes.

This town that is named Fu*#ing has finally decided that it will no longer be a part of banter and be officially renamed.

It will be known by Fugging from January 1, 2021, Mayor Andrea Holzner told Austrian broadcaster Oe24.

"I can confirm that the village is being renamed. I really don't want to say anything more - we've had enough media frenzy about this in the past," the mayor said.

Interestingly, Fu*#ing has a population of just 100 people and is known by this name for about 1,000 years.

The town has featured in several lists of places with rudest names.

A 2012 article said that locals were getting fed up with naked couples arriving in this tiny place bordering Germany and having sex in front of the sign.

Some locals even started using the Fu*#ing on everything from postcards to beer to attract attention.

However, the move has not been welcomed by everyone with some people suggesting that the original name must be kept.

"Don't people have any sense of humour these days?" a person told Austrian newspaper OOeN.

"They're getting free publicity - they ought to have been happy to have a funny name," another individual said.