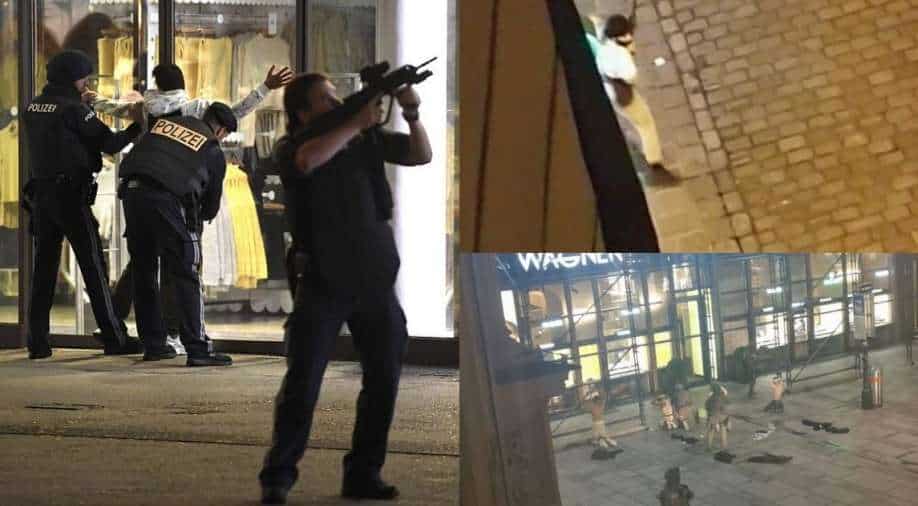 It comes after Austria confirmed that all 15 suspects arrested in connection with the deadly rampage are part of the radical Islamist scene and just under half have criminal convictions, some for terrorism offences

Austria's interior and integration ministers have ordered the closure of two "radical mosques" after Monday's deadly attack by a jihadist in Vienna in which four people were killed.

It comes after Austria confirmed that all 15 suspects arrested in connection with the deadly rampage are part of the radical Islamist scene and just under half have criminal convictions, some for terrorism offences.

The shooting on Monday was Austria's first major attack in decades and its first blamed on a jihadist, identified as 20-year-old Kujtim Fejzulai, who was killed by police.

Integration Minister Susanne Raab told a press conference that the government's religious affairs office "was informed by the interior ministry that Monday's attacker, since his release from prison, had repeatedly visited two Vienna mosques".

The two mosques are in Vienna's western suburbs, one called the Melit Ibrahim mosque in the Ottakring district and the other being the Tewhid mosque in the Meidling area.

"We are dealing with a violent perpetrator who was evidently intensely involved in the network of political Islam, of sympathisers, who took on their ideology," Interior Minister Karl Nehammer said.

The 15 are being held on suspicion of belonging to a terrorist organisation. Seven of them have criminal convictions, Of those, four are for terrorism-related offences, Director General for Public Security Franz Ruf said.

Of those four, two involved acts of violence like assault and two were for attempted so-called honour killings, Ruf said, adding: "One can see that all are to be linked to the radical Islamist milieu".

Switzerland has also arrested two men in connection with the attack, and Austria was in close contact with another unspecified country in its investigation, Nehammer said.

Separately, German Interior Minister Horst Seehofer told parliament there was a connection between the attack and people in Germany who are "monitored around the clock".

German police on Friday searched the homes and businesses of four people believed to have had ties to the man being being considered a suspect for the attack.

"There is no initial suspicion that the four people affected by today's measures took part in the attack but there are believed to have been links with the suspected attacker," Germany's BKA criminal police said on Twitter.

The BKA said a federal judge had issued search warrants for the homes and businesses in the German towns of Osnabrueck, Kassel and in the district of Pinneberg near Hamburg after the Austrian judiciary transferred some of its findings on the attack to German prosecutors.