Belarus police use water cannon in Minsk amid anti-Lukashenko protests 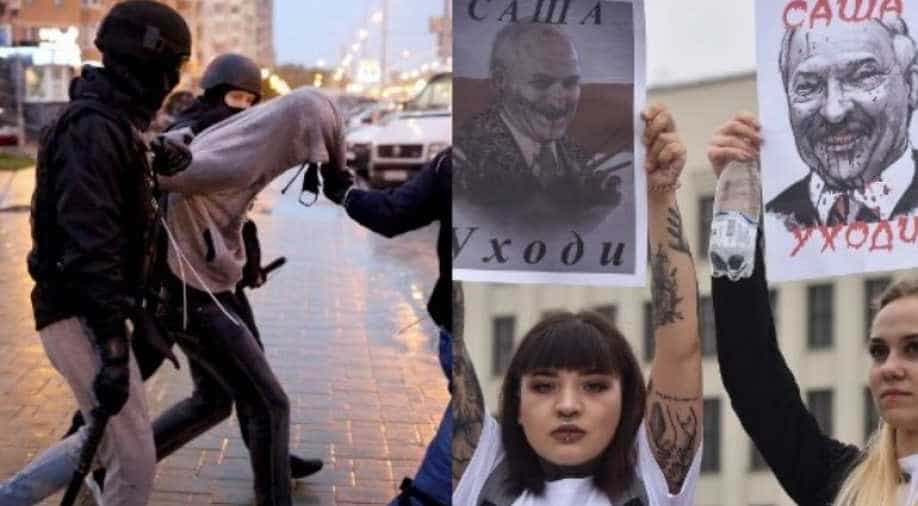 Reports said protesters were not just detained in capital Minsk but in other places as well including Vitebsk and Gomel as police termed it an illegal gathering.

Amid the crisis, Lukashenko spoke to Russian President Vladimir Putin as the Kremlin said: "the problems that have arisen will soon be resolved".

Belarus foreign ministry spokesman Anatoly Glaz said, "We are imposing visa sanctions against the most biased representatives of European institutions, including the European Parliament and the states - EU members," after EU sanctions were announced.

The foreign ministry has also withdrawn the accreditation of all foreign journalists in the country as the situation in the country continues to deteriorate although it claimed that it was not trying to "cleanse" the news reporting field.

At least 13,000 people have been arrested so far amid protests with several Opposition leaders either jailed or exiled even as  Lukashenko accused Western countries of supporting protesters and trying to destabilise the country.