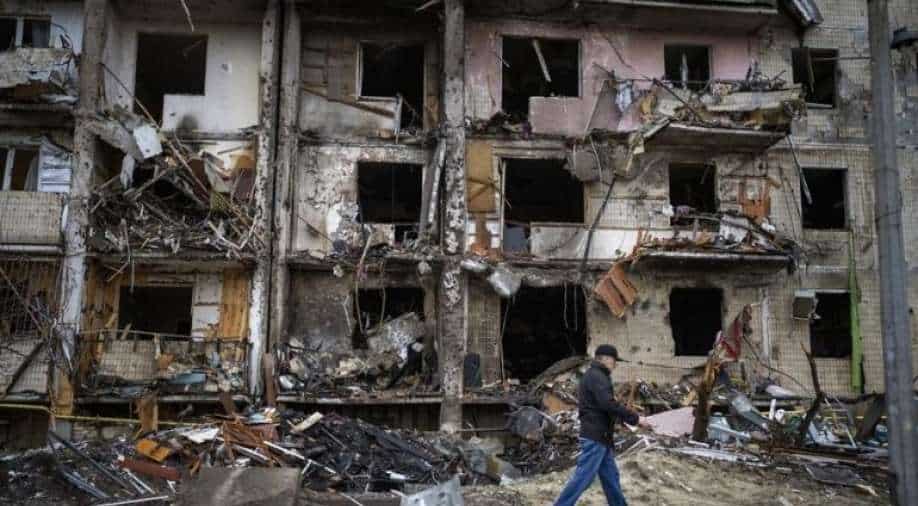 A man walks past a building damaged following a rocket attack the city of Kyiv, Ukraine Photograph:( AFP )

A top US intelligence official quoted by the news agency Associated Press has stated that Belarus may send its troops to support Russia's invasion of Ukraine. Belarus has been providing indirect support but, has so far, not taken a direct part.

The anonymous official is believed to have direct knowledge of the ongoing American intelligence assessments. He said that the decision of involving his country in the war, by Belarus President Alexander Lukashenko, depends on the Russia-Ukraine talks over the next few days.

Ukraine, on Sunday, said that it was ready to hold talks with Russia at the Ukraine-Belarus border near the Chernobyl exclusion zone.

"The politicians agreed that the Ukrainian delegation would meet the Russian one without preconditions at the Ukraine-Belarus border, near the Pripyat River," Zelensky's office said in a statement.

Russian President Vladimir Putin has said that a Russian delegation was currently in the Belarusian city of Gomel.

However, Zelensky claimed that he will not hold talks with Russia on the territory of Belarus, where some Russian troops were stationed before invading on Ukraine's northern border.

Moscow has wanted to hold the talks in Kremlin-aligned Belarus.