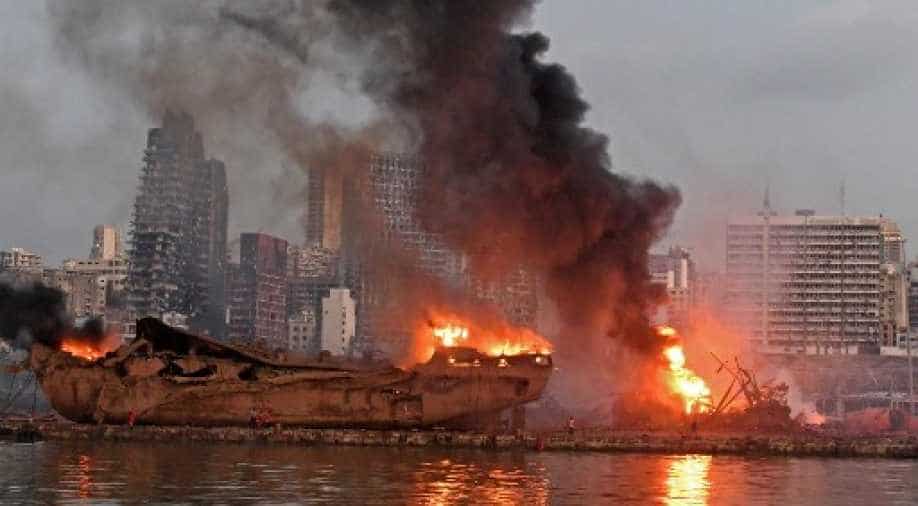 The blast, which claimed at least 180 lives and injured thousands has had an impact of thousands of families and children were caught in social, medical and other after-effects.

In what is indicative of the greater impact of Beirut blast, Unicef released its estimate saying that tragedy has caused trauma to 600,000 children. Unicef representative to Lebanon Yukie Mokuo addressed the media on Friday and provided information.

She said that impact of the Beirut blast was not only in terms of physical injuries but also psychological. The blast, which claimed at least 180 lives and injured thousands has had an impact of thousands of families and children were caught in social, medical and other after-effects.

Mokuo said that it was necessary for us to ensure that children could speak out and play.

She said that Unicef had begun to provide psycho-social support to children and 2000 children had been brought under the folds of its outreach.

The tragedy completed a month on September 4. Authorities in the city organised programs to remember those who perished in Lebanon's largest peacetime tragedy.

Rescue and salvage workers are still working. They are trying to locate survivors who may still be buried under the debris but the chances of anyone surviving under the rubble are dimming with each passing moment.

On Friday, rescuers detected a 'heartbeat' on their sensors in Mar Mikhael area of the city. This gave rise to speculation that someone was trapped under the debris and was still alive. However, subsequent search has not yielded anything.

Residents of Beirut have been quoted by news agencies as being unhappy with the government efforts in the aftermath of the blast.