'Being a priest is not an excuse', Irish abuse survivor rests hope in the Vatican Summit 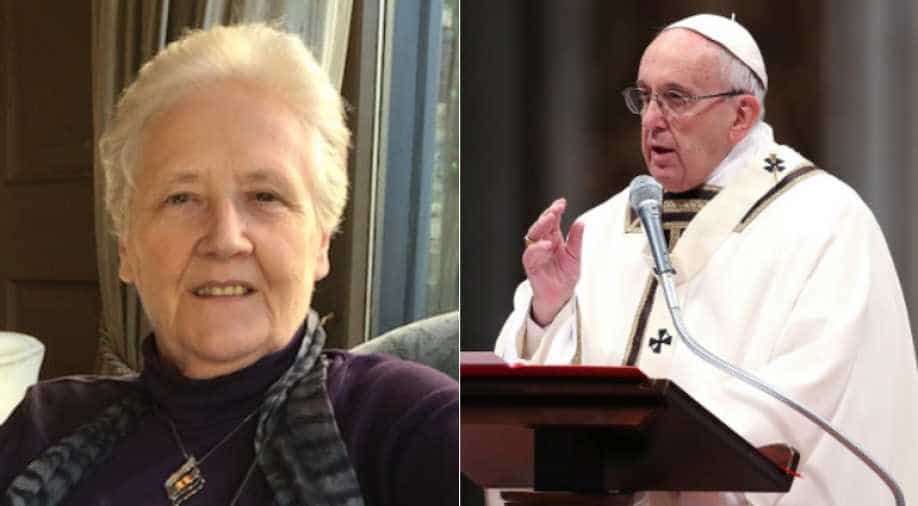 Marie Collins, a brave heart who led a traumatic childhood due to sexual abuse, fought with it all her life and obtained victory after her abuser, a priest, was punished by law.

“When you feel caught in the web of childhood abuse, find words to describe it. Write them. Say them. Express them. In safe places, with safe people.”

Words of Jeanne McElvaney, but widely believed by several others who faced a similar fate and survived it. Marie Collins, a brave heart who led a traumatic childhood due to sexual abuse at the tender age of 13 years, fought with it all her life and obtained victory after her abuser, a priest, was punished by law.

As the entire world looked at the Vatican City where Pope Francis hosted a 4-day meeting on Clerical sex abuse which concluded on Feb 24, WION spoke exclusively with the iron-willed woman Marie Collins on the highly complicated matter.

Read on for the excerpts from Collins interview who also has been a former member of Francis' papal commission on clergy sexual abuse and a survivor herself.

How do you estimate the current Global abuse summit as an initiative, as a forum for redressal? Does it infuse hope and Is the summit in the right direction?

The presentations at the summit have been dealing clearly with the issue and indicate that strong measures need to be taken by the church in regard to safeguarding, transparency and accountability. However, we need to see these measures are actually put in place before we can say the summit is a success.

How complex, longstanding and big is the issue of church sexual abuse?

The first mention of child abuse by clergy and religious in the church can be found in centuries-old documents.  In modern times it began to become a public issue in the mid-1980s in Australia, Ireland and the USA. It grew in public awareness in the 1990’s here in Ireland it became a very high profile issue with the first call for a state enquiry coming in 2001.

Similarly, it became a public issue in Australia in the 1990s.  In 2002 the Spotlight (film) exposure of the huge cover-up of abuse in Boston in the USA really brought it to the fore.

All the enquiries and subsequent reports that have occurred so far have concluded that child abuse has been prevalent in all areas of the Catholic Church but has been covered up and perpetrator protected in order to “protect the Church from scandal”.

The most recent report with statistics came from the German bishops in September 2018 it was found cases of 3,677 children were abused by about 1,670 clerics over nearly 70 years up to 2014.

You were a victim of sexual abuse at a very young age. How difficult was it to deal with it as a child and alongside informing about it to your family?

I was sexually abused by a Catholic priest while a patient in a children's’ hospital.  It completely changed my life. I had been a confident child but lost all confidence in myself, felt worthless and turned in on myself pushing everyone away.

You went into paralysis and had a tough time in your hospital days. How normal (if at all) did your life become post returning from the hospital and surviving the trauma you went through?

I suffered psychological problems from the time of my abuse for many, many years – severe anxiety, panic attacks, deep depressions and an inability to trust which destroyed relationships.  I did not tell anyone for 25 years.

My life did not return to what would be seen as normal until after my abuser was jailed and I had a couple of years of therapy.  By then I was 50 years of age but life then became good and I could enjoy everyday thing in the same way as others.

Did you get any support from the papal committee after you came out publicly about your ordeal?

The Commission thanked me publicly for the work I had done while a member.  I received supportive messages from former colleagues on the Commission.

Dealing with such crime in places of religion and faith has always been a challenge for the lawkeepers, Do you think, it needs a more specialised or in fact a more stringent provision of punishment?

Those who commit crimes against children should be treated in the same way by the law whether they are clerics or lay people.  Being a priest is not an excuse it is worse even as they are in a position of trust.  The sexual abuse of a child is a dreadful crime as it can destroy many years of their adult life as it did mine.

Why didn’t you ever try to take the help of the legal system when you eventually found the courage to speak about your situation?

My abuser Fr. Paul McGennis was found guilty of my abuse and jailed in 1997.

He was jailed again some years later for the abuse of other girls subsequent to mine.

What acted as a catalyst to mark your exit from the Papal Committee?

The Vatican refused to implement the Commission recommendations for better safeguarding policy and for accountability of bishops but the final straw for me was when they refused a recommendation from the Commission that they always acknowledge correspondence from survivors.

They would not do this.  I could not stay working with the church while they were telling the world they cared for the healing of survivors but were refusing to reply to letters from those survivors, causing them to hurt and feelings of rejection.

What kind of response did you get when you started your organisation Marie Collins Foundation?

The Marie Collins Foundation is completely separate from my work on the issue of children abused within the Catholic Church.  It is an organisation working to support victims of grooming, abuse or exploitation through the internet or mobile technology.  It works also to improve the safety of children on the internet.

My reason for working in this area is the fact abusive images were taken of me during my abuse and I know what a sickening extra burden this puts on a victim.

Considering that the issue of sexual abuse is predominant across the world, what do you think is the possible solution to fight such a pervert mentality?

Abuse of children is a blight on society in all areas of the world.  Just dealing with it through the criminal law is not enough there must be in depth work done on prevention and reaching and identifying potential perpetrators before they have abused.

You have travelled a very long way from being a minor sexual abuse survivor to a face of rebellion against the perverted mindset masked by an allegedly sacred veil and now we see a solution- provider. What would be your message for women of all ages across the globe?

My one message to any woman or man who has been exploited sexually in any way is not to stay silent, speak out, seek help and support others.  Abuse thrives on secrecy.  Abusers depend on it to facilitate further abuse.  Those victims who keep their experience secret can suffer detrimental effects on their mental health and accessing therapy can make a great difference in their lives.