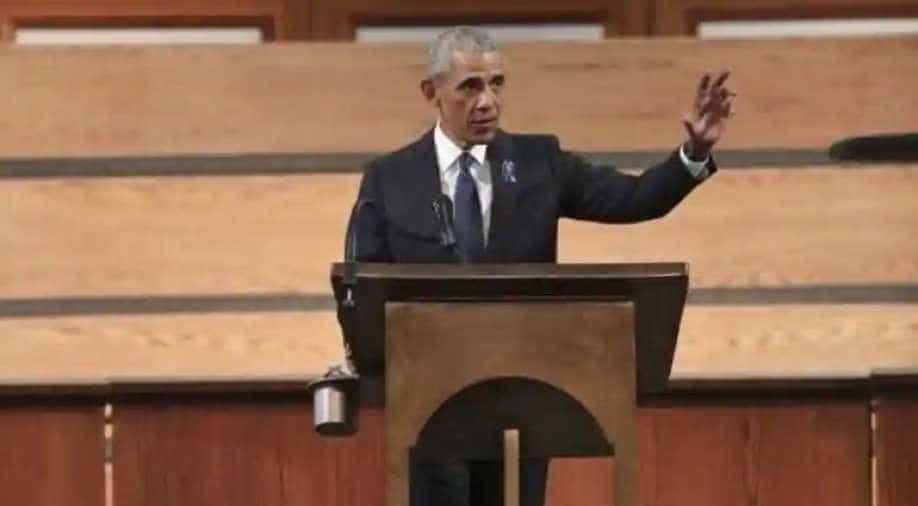 Barack Obama accused Donald Trump of treating the US presidency like "one more reality show", in a withering speech to the Democratic convention.

Former President of the United States Barack Obama launched a blistering attack on President Donald Trump on Wednesday and urged Americans to elect Democrat Joe Biden in November to end the chaos he said had been created during the four years of Trump’s presidency.

The former president also warned the voters of America that the future of American democracy is on the line in the race between Trump and Democratic nominee Joe Biden.

Obama said that his Republican successor "hasn't grown into the job because he can't".

“This administration has shown it will tear our democracy down if that’s what it takes to win,” Obama said. “So we have to get busy building it up – by pouring all our effort into these 76 days, and by voting like never before.”

Barack Obama asked Americans to remember their own important role in protecting and strengthening the country’s democracy.

“No single American can fix this country alone. Not even a president,” Obama said. “It requires an active and informed citizenry. So I am also asking you to believe in your own ability – to embrace your own responsibility as citizens – to make sure that the basic tenets of our democracy endure.

“Because that’s what at stake right now. Our democracy.” he said.

Biden, 77, leads Trump, 74, in national opinion polls heading into back-to-back convention weeks for the two political parties. Trump will be formally nominated for a second term at next week’s Republican National Convention, which also has been scaled back due to coronavirus concerns.