As Democrats pick Biden, Indian-Americans emerge as vital vote bank in US elections 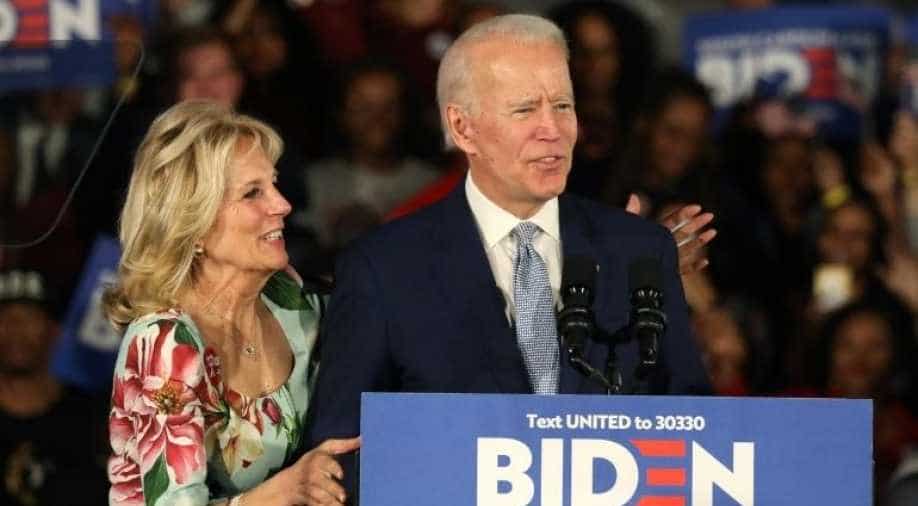 As the race to the White House gains momentum, the Indian-Americans are emerging as one of the strongest vote banks in the US

Joe Biden is now the official presidential candidate of the Democrats. The 77-year-old was formally nominated on Tuesday night at the Democratic National Convention.

The event saw speeches by 17 rising stars of the party. Joe Biden's wife, Jill shared her husband's story. She said Biden leaned on faith to get through the hardest times. Elevator operator Jacquelyn Brittany had a powerful testimony for Biden's humanity. She said, "in the short time I spent with Joe Biden, I could tell he really saw me."

Former Democratic presidential nominee John Kerry, former president Bill Clinton were among the other speakers. The state of Maryland was represented by a 20-year-old Indian-American Bianca Shah. She is responsible for Biden campaign's outreach to South Asians picking her to represent Maryland was the campaign's gesture to accommodate minorities - Indian-Americans in particular.

As the race to the White House gains momentum, the Indian-Americans are emerging as one of the strongest vote banks in the US and it would be foolish to think that Indian-American vote bank was not kept in mind when Democrats nominated Kamala Harris as the VP pick.

Harris, on her part has left no stone unturned to celebrate her Indian roots. At least 10 Indian-Americans hold public offices in the United States and the number is unprecedented. Indian-Americans make up 1 per cent of the US population but they own 1/3rd of all Silicon Valley start-ups. Eight per cent of America's high-tech firms were founded by Indian-Americans.

There are around 1.8 million Indian-American voters in the US. Traditionally their the vote bank has leaned towards Democrats. In this election season too not much has changed. According to a recent survey, 65 per cent of Asian-Americans have decided to vote for Biden and 34 per cent support Trump. The remaining 1 per cent support other candidates.

The Indian-American vote bank could make a huge difference in the swing state of Texas. Their votes would also be significant in Arizona, Florida, Georgia and North Carolina. However, both Democrats and Republicans know that they cannot rely on estimates with parties going out of their way to woo Indian-Americans.

On August 4, the Trump campaign had announced the formation of a group called the "Hindu voices for Trump". Two days later, the Democratic National Convention organised an interfaith service representing Hindus with prominent leader Neelima Gonuguntla.