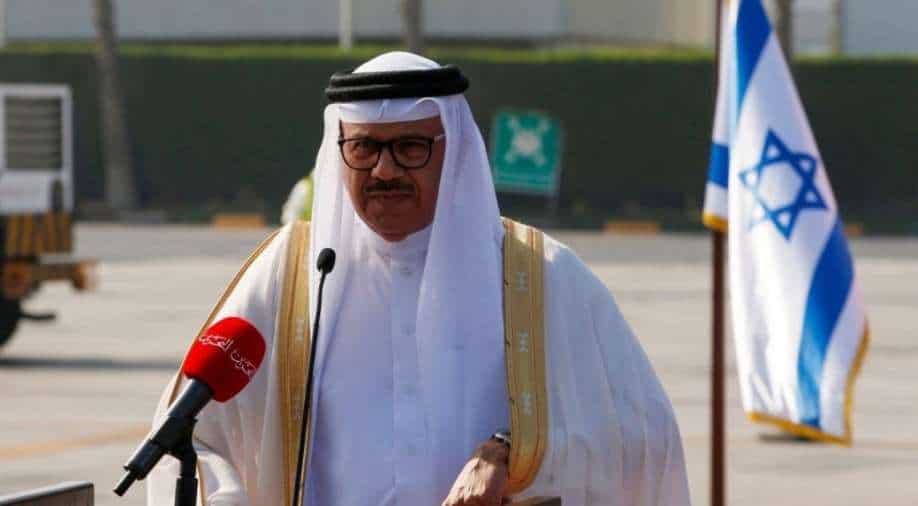 Bahrain and its Gulf neighbour, the United Arab Emirates, both signed US-sponsored normalisation accords with Israel on September 15 at the White House

Bahrain's Foreign Minister Abdellatif al-Zayani is going to make a visit to Israel on Wednesday, the first by a senior Bahraini official since the two countries signed a normalisation deal.

According to local media, the visit would "affirm Bahrain's strong and permanent position in favour of supporting the peace process" and be focused on "the economic opportunities and bilateral accords with Israel".

Bahrain and its Gulf neighbour, the United Arab Emirates, both signed US-sponsored normalisation accords with Israel on September 15 at the White House.

The accord has drawn anger among Bahrainis at home and abroad. The government of Bahrain, where a Sunni Muslim minority rules a Shi'ite majority population, has said the deal protects its interests from Iran.

Al-Zayani said engagement and cooperation were the most effective and sustainable way of bringing about genuine and lasting peace in the region and said his country supported resolving the Israeli-Palestinian conflict through dialogue.

Bahrain followed the United Arab Emirates in agreeing last month to normalise ties with Israel, stunning Palestinians who had demanded statehood before any such regional rapprochement.

Israel and the UAE last month signed agreements on visa-free travel, civil aviation, investment protection, and science and technology during a first official Emirati visit to the Jewish state.

The UAE led the way in forging ties between the Gulf and Israel, announcing its decision in August before Bahrain followed suit a month later.