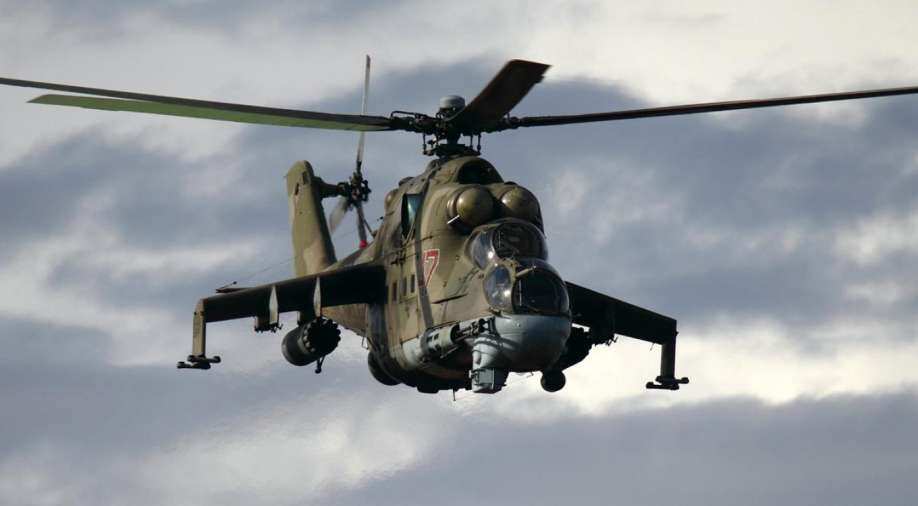 Two of the helicopter’s flight crew members were killed and one was evacuated with moderate injuries.

The Ministry explained that the error occurred because the helicopter flew close to the Armenian-Azerbaijani border, at the time when active military clashes are going on in the Nagorno-Karabakh conflict zone.

"The flight took place in the dark, at low altitude, outside the air defence radar detection zone, the Russian Air Force helicopters have not previously been seen in the specified area. In the context of these factors and in light of the tense situation in the region and increased combat readiness in connection with possible provocations of the Armenian side, the duty combat crew made a decision to shoot to kill. The Azerbaijani side apologizes to the Russian side in connection with this tragic incident, which is accidental and was not directed against the Russian side," the ministry said.

The crash occurred at 6:00 p.m. local time as the helicopter was escorting a motorcade to the Russian military base. Two of the helicopter’s flight crew members were killed and one was evacuated with moderate injuries.

.Earlier in a statement, the Russian defence ministry said that "On November 9, at about 17.30 Moscow time, while escorting a convoy of the 102nd Russian military base through the territory of the Republic of Armenia in the airspace near the Armenian settlement of Yeraskh near the border of the Nakhichevan Autonomous Republic (Republic of Azerbaijan), Russian helicopter Mi-24 was subjected to fire from the ground from MANPADS. As a result of the missile hit, the helicopter lost control and fell in a mountainous area on the territory of Armenia,".

The helicopter was subjected to fire from the ground from a man-portable air defence system (MANPADS), the Russian Defense Ministry said on Monday.

The videos of the crash shot by locals in the area started doing rounds on Twitter.

Video of Russian Mi-24 being shot down by Azerbaijani MANPAD pic.twitter.com/7xz0z2kl8t

Russian Mi-24 shot down over Armenia. Details are being clarified. pic.twitter.com/UYGUfErUc0