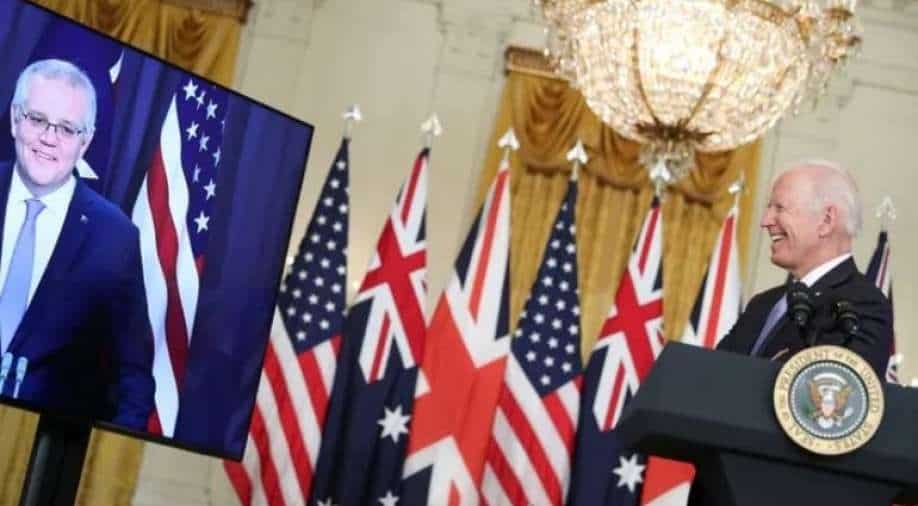 When it came to thanking the Australian Prime Minister, US President Joe Biden turned towards the screen where Morrison was present but showed a moment of hesitation

The US President Joe Biden is infamous for forgetting and confusing things and he has made the headlines once again for the same reason.

Recently while announcing that the US will share its nuclear technology to help Australia in creating a multi-billion dollar fleet of nuclear-powered submarines. The announcement informed the world about a trilateral security partnership with the UK and Australia.

Turns out Joe Biden forgot the name of the Australian Prime Minister.

To mark the historic moment, Biden turned towards the screen on which the UK Prime Minister Boris Johnson was present and showed his gratitude for the leader by saying "Thank you, Boris".

However, when it came to thanking the Australian Prime Minister, Biden turned towards the screen where Morrison was present but showed a moment of hesitation.

"And I want to thank that fella down under. Thank you very much pal," Biden then continued. "Appreciate it Mr prime minister."

Biden - “I want to thank that fella down under.”

Perplexed by this sudden address, Morrison simply gave a thumbs up to the American President.

Moments later, the President tried to correct his mistake. "I'm honoured today to be joined by two of Australia’s closest allies, Australia and the United Kingdom, to launch a new phase of the trilateral security cooperation among our countries," Biden said, and then added the leaders’ names for damage control. "As prime minister Morrison and prime minister Johnson said, I want to thank you for this partnership."

However, it was too late and the damage was already done. Twitter users caught hold of Biden's memory slip and unleashed their best jokes and memes on the POTUS.

Did he forget or was it an epic slap down? #ThatFellaDownUnder https://t.co/YfNVmb0les

He knew the name of #ThatFellaDownUnder