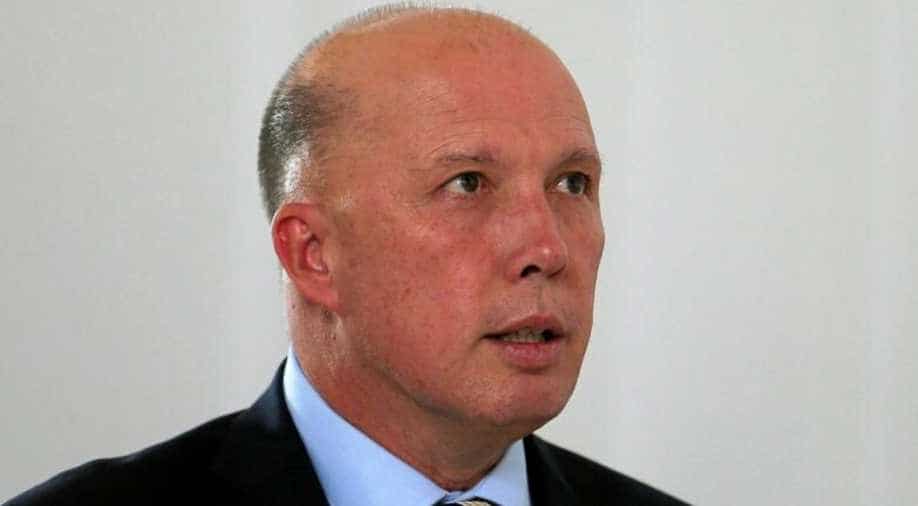 One of Australia's highest-profile ministers, Peter Dutton, slams China for its reaction on AUKUS. Photograph:( Reuters )

China’s reaction against the AUKUS pact between Australia, the UK and the US was ‘irrational’, defence minister Peter Dutton has said.

He claims that the Australian government formed this partnership with the UK and the US as the Scott Morrison-led government wanted to “see increased stability and peace” in the region. However, “The response by China to that, I think, was irrational,” Dutton told Sky News Australia.

He also slammed China for already possessing an enormous amount of vessels but attacking Australia for doing the same. “We’re talking about acquiring eight nuclear-powered submarines at a time when China has 355 vessels in its [naval] fleet, going to 400 within the next nine year,” he said. “And they are producing on a tonnage rate more naval assets every 18 months than what the Royal Australian Navy has in its entire fleet.”

His reaction comes as China had called Australia a ‘naughty guy’ who was on a path to become the ‘sabre wielder’ than a ‘peace defender’ due to this deal.

The comments come a few days after Australia announced that the country will be exercising a diplomatic boycott for the Beijing Winter Olympics. Several countries have announced their ‘diplomatic boycott’ as a sign of protest against the human rights violation and abuse in China’s Xinjiang region over the Uyghur community.

China, meanwhile, has slammed back on countries boycotting the Olympics. The foreign ministry of China has said that these countries will pay a price for their ‘mistaken acts’. Dutton, however, claims that China issues such comments “regularly and not just against Australia”.

“We see it more and more regularly and it’s unsettling and it’s unnecessary to be honest.”