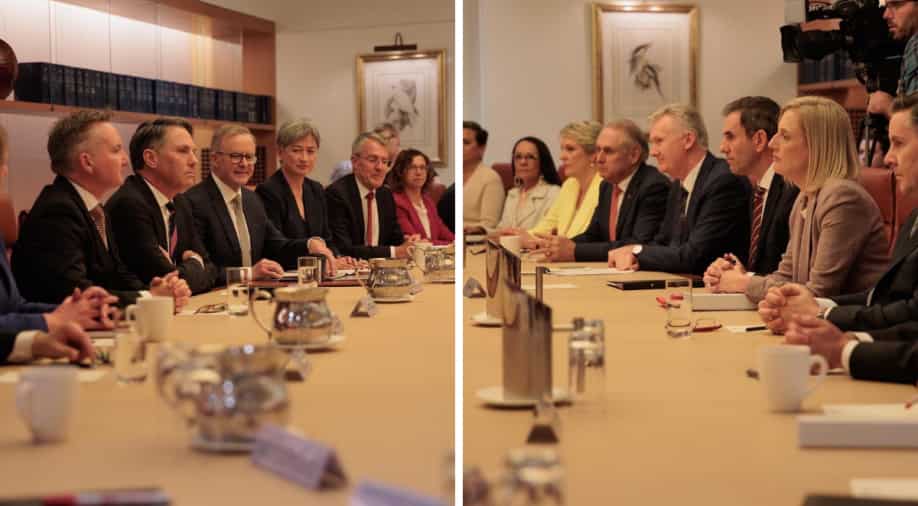 The swearing-in ceremony was conducted by Governor-General David Hurley in the capital Canberra city where 23 ministers were inducted on Wednesday.

“Proud to lead an inclusive government that is as diverse as Australia itself. Welcome to all these new Labor members,” the new PM tweeted.

Of the 30 ministers appointed to the new government, nearly half are women. Women also hold a record 10 spots out of 23 in core Cabinet roles.

“This is the largest number of women ever in an Australian cabinet with 10 women in the cabinet. In addition to that … there are 13 women in the ministry and 19 frontbenchers [which includes assistant ministers]. A record number, in all three categories for women’s representation – in the cabinet, in the ministry and frontbench positions,” Guardian quoted Albanese as saying on Tuesday night.

Also read | Australia's Anthony Albanese is 'no stranger to India', travelled to New Delhi as backpacker years ago

Albanese's Cabinet has a mix of new faces and experienced set lawmakers who served in the previous Labor government that last held power nine years ago.

“We have an overflow of talent on our side of the parliament," Albanese said, adding that "it's the most experienced incoming Labor government in our history since federation.

Labor party has won 77 seats in the 151-seat lower house, even as votes are still being counted from the last month’s election results.