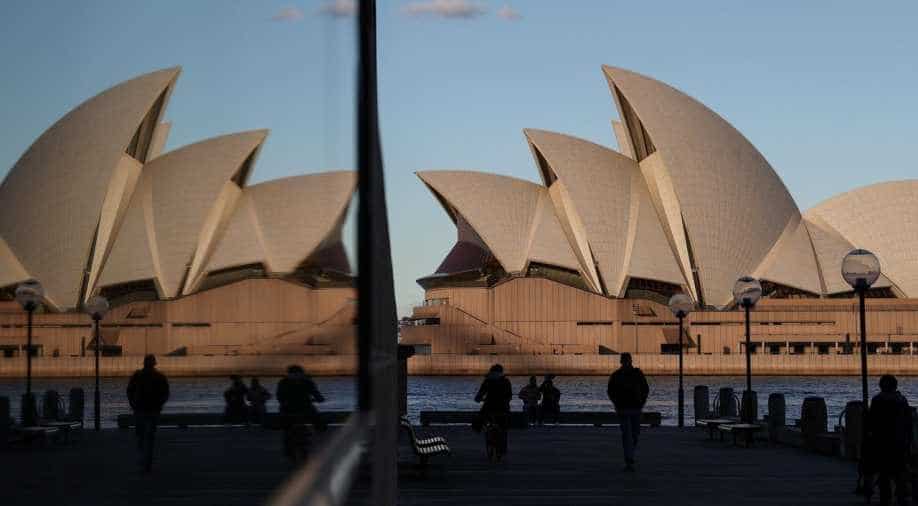 The state reported 20 overnight cases, taking its tally to nearly 1,900 after recording 17 on Tuesday and 16 the day before.

Australia's second most populous state -- Victoria -- on Wednesday said a man in his 80s died overnight from the coronavirus, the country's first death from the virus in more than a month. This has led to a rise in concerns about a second wave of infections following which thousands queued for COVID-19 tests and supermarkets imposed new restrictions.

The state reported 20 overnight cases, taking its tally to nearly 1,900 after recording 17 on Tuesday and 16 the day before.

The upswing in new cases in Victoria has sparked fears of a second wave, with 241 cases in the state so far identified as community transmission, an increase of eight from Tuesday.

Authorities in Victoria have since been trying to contain the spread of the virus in half a dozen suburbs in the largest city of Melbourne hit by a spike in cases.

Authorities believe the surge in new cases has been caused by family get-togethers attended by people with mild symptoms.

The state on the weekend extended its state of emergency for another month and reimposed restrictions on gatherings after seeing a sharp rise in daily infections.

Shoppers in the state will be limited to two items of products including toilet paper, hand sanitiser, flour, sugar, pasta, long-life milk, eggs and rice.

Despite the spike in cases in Victoria, the neighbouring state of New South Wales (NSW) said it would not introduce a hard border closure between the states.

After enforcing restrictions early in the coronavirus outbreak compared to most other countries, Australia began to ease its lockdown last month to revive its economy after a significant slowdown in infection rates.

Australia has so far escaped a high number of casualties from the new coronavirus, with just over 7,500 infections and 103 deaths.