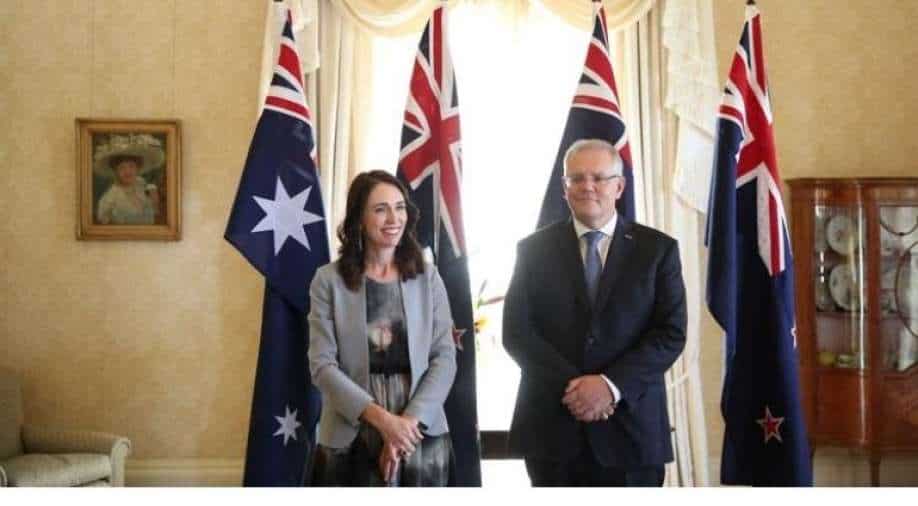 Though most Australian states have allowed quarantine-free visits from New Zealanders for months, New Zealand has continued with enforced isolation for arrivals from its neighbour, citing concern about small COVID-19 outbreaks there

New Zealand and Australia will create a quarantine and COVID-testing free "travel bubble" from April 19, after effectively eradicating the virus by closing borders last year to stop more infections reaching their shores and stringent lockdowns.

Though most Australian states have allowed quarantine-free visits from New Zealanders for months, New Zealand has continued with enforced isolation for arrivals from its neighbour, citing concern about small COVID-19 outbreaks there.

New Zealand Prime Minister Jacinda Ardern said on Tuesday Australians would now have open access, allowing cross-border travel without mandatory COVID-19 testing - one of the first such agreements since the pandemic prompted countries to block foreign arrivals to stop the virus spreading.

"The Trans-Tasman travel bubble represents a start of a new chapter in our COVID response and recovery, one that people have worked so hard at," Ardern told reporters in the New Zealand capital Wellington.

Australian Prime Minister Scott Morrison called the agreement "the first of many more steps to come ... as we get back to a more normal position, not only over the course of this year but beyond".

The virus has effectively been eradicated in both countries, with minor outbreaks the result of leakage from quarantined returned travellers. Australia has recorded about 29,400 virus cases and 909 deaths since the pandemic began, while New Zealand has had just over 2,100 confirmed cases and 26 deaths.

A man from the nearby Pacific nation of Papua New Guinea died in an Australian hospital, the authorities said on Tuesday, but the death was not included in Australian statistics since he was diagnosed in his home country before being airlifted.

About 568,000 New Zealand-born people live in Australia, according to 2018 figures, equivalent to 2.3 per cent of Australia's population and Australia's fourth-largest migrant community.

Australians made up 1.5 million, or 40 per cent, of arrivals to New Zealand in 2019, the year before the pandemic shut borders, contributing NZ$2.7 billion ($1.9 billion) to its economy, according to New Zealand figures. Arrivals were forecast to reach 80 per cent of that level by early 2022, Ardern said.

Flights to and from some Australian states could still be suspended if there were local outbreaks, Ardern warned. She added that travellers must wear masks on flights and undertake New Zealand contact tracing, while the travel bubble did not apply to people transiting via Australia from other countries.

The bubble would operate under a "flyer beware" system, with no new support from the New Zealand government for people stuck in Australia by cancellations at short notice, Ardern said.

Air New Zealand Ltd and Qantas Airways Ltd said they would ramp up flights between Australia and New Zealand to more than 70 per cent of pre-pandemic levels, reducing the airlines' cash burn when they are almost wholly reliant on domestic markets for revenue.

The bubble will allow the Trans-Tasman Super Rugby competition involving five teams from each country to proceed over five weeks from May 14.

The Wellington Phoenix soccer team and New Zealand Warriors rugby league side, which both participate in predominantly Australian leagues, might also be able to host home matches after more than a year of playing their matches in Australia.

The bubble offered an upbeat development for Morrison who faces criticism domestically after falling short of plans to have one-sixth of the population vaccinated by the end of March. The government has blamed the shipping delays on export curbs by the European Union.