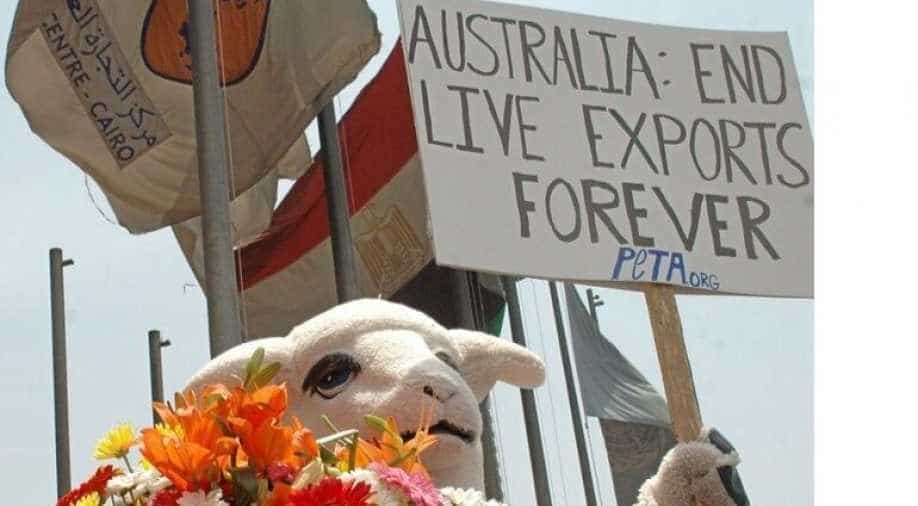 Activists argue that the measures will do little to mitigate the animals' heat stress and the trade should be further restricted.

Australia has lifted a temporary ban on the controversial live sheep exports, with the first ship due to depart for the Middle East this week with about 60,000 animals on board.

The live export trade has been under scrutiny since horrific footage of dead and dying heat-stressed sheep on vessels bound for the Middle East was released in April 2018, prompting a public outcry and forcing sweeping reforms to the industry.

Though the government resisted calls to outlaw the practice entirely, a review led to a temporary embargo on live exports during the northern-hemisphere summer from June to September this year.

Rural Export and Trading WA, an exporter, said that the ship is due to leave Fremantle, in Western Australia state, for Kuwait by Tuesday.

It is expected to be the first of many to depart in the coming months, much to the chagrin of animal welfare campaigners.

New guidelines introduced in 2018 required exporters to significantly increase cargo space for sheep and to ensure independent observers travel on all ships carrying live animals, with penalties for non-compliance including fines and jail time.

But activists argue that the measures will do little to mitigate the animals' heat stress and the trade should be further restricted.

The resumption of shipments was welcomed by the Australian Livestock Exporters' Council, which said the moratorium had meant "competitors have entered some of our markets."

Lifting the ban means "renewed stability and food security" for consumers, they argued.

Live sheep, goat and cattle exports are worth about $1.35 billion each year to Australia's economy, according to the lobby group.