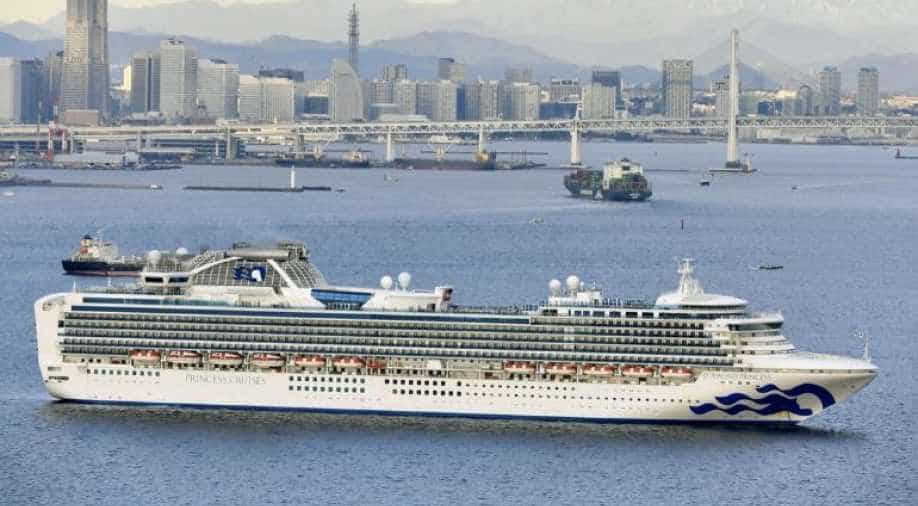 Among the new cases are 45 Japanese and 11 Americans.

Passenger tests aboard the Diamond Princess cruise ship in Japan confirmed at least 65 more cases of coronavirus on Monday, according to the vessel's captain, as some passengers took to social media to warn against depression over their confinement.

The figure announced to passengers after a statement by the cruise operator put the new infections at 66, takes the tally on board to 135, showing a rapid rise in the outbreak on the ship docked in the port of Yokohama.

Among the new cases are 45 Japanese and 11 Americans, the ship's operator, Princess Cruises, said in the earlier statement.

"This is not news that anyone of us wanted to receive," the captain told passengers in a broadcast over speakers in their cabins.

"However, we have been also advised since we are in the early quarantine period of 14 days, it was not unexpected," he added.

Japan's health ministry confirmed the 65 cases in a statement.

The Diamond Princess was placed in quarantine for two weeks upon arriving in Yokohama, south of Tokyo, on February 3, after a man who disembarked in Hong Kong was diagnosed with the virus.

About 3,700 people are aboard the ship, which usually has a crew of 1,100 and a passenger capacity of 2,670. Passengers have been allowed on decks in shifts to get fresh air and encouraged to regularly take their temperature.

People who have been in close contact with newly confirmed cases on the ship face a longer quarantine than the originally planned period until February 19, the World Health Organization said late on Sunday, without saying how many there were.

Japan's health ministry is recording infection counts on the ship and evacuee flights from China separately from the official tally. Domestic cases stand at 21.

The disease has killed 908 people, chiefly in mainland China, and infected more than 40,000.

The UK-flagged Diamond Princess is managed by Princess Cruise Lines, one of the world’s largest cruise lines and a unit of Carnival Corp.