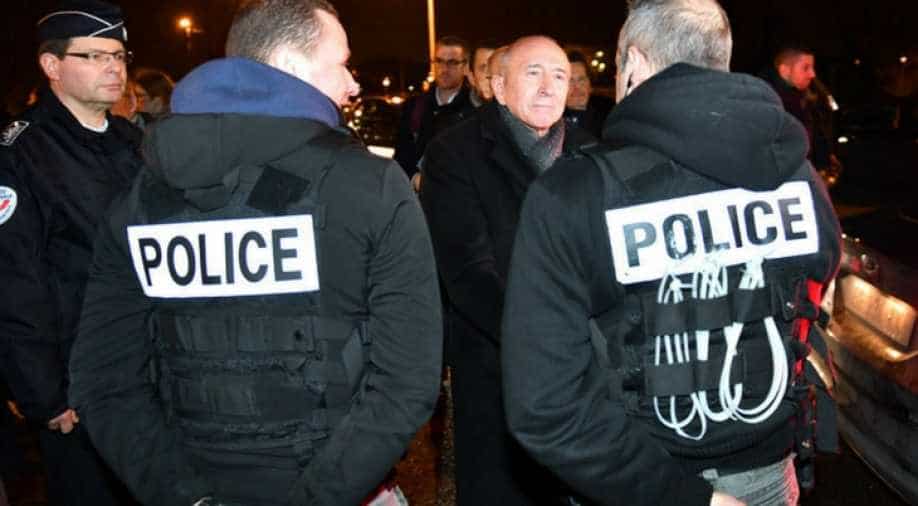 Four Eritrean youths aged 16-18 who were shot during the brawl are in a critical condition and have been rushed to a local hospital for surgery. The fifth man was taken to Lille as he suffered severe injuries. Photograph:(AFP)
Follow Us

At least five people were shot and dozens were left injured during a mass brawl between 100 Eritreans and about 30 Afghans in the French port city of Calais.

The brawl happened between rival gangs of migrants from Afghanistan and Eritrea “armed with sticks and stones” near Calais Hospital on Thursday afternoon.

Four Eritrean youths aged 16-18 who were shot during the brawl are in a critical condition and have been rushed to a local hospital for surgery. The fifth man was taken to Lille as he suffered severe injuries.

As per reports, at least 13 others have been wounded after they were beaten up with iron bars.

The fight, which lasted almost two hours, reportedly began when an Afghan migrant fired shots. Soon after, over a 100 Eritreans charged over 20 Afghans in a town called Marck.

“Police intervened to protect the Afghan migrants faced with 150 to 200 Eritrean migrants,” the local prefecture said, adding that security reinforcements were being deployed in the area.

The clashes come as tension continues to surround Calais, which remains home to hundreds of migrants despite the closure of the infamous Jungle camp in October 2016.

The notorious Jungle camp in Calais, once home to some 10,000 people hoping to make it to Britain, was demolished in 2016, but hundreds of migrants remain in the port city seeking to stow away on England-bound trucks.

A judicial source equated Thursday’s unrest with that 2015 when the camp was created.

Those left in the area, most of them young Africans and Afghan men, have been living rough in the woods and clash regularly with police, who clear their encampments and stop them from setting up roadblocks in a bid to slow passing trucks.

Grim living conditions have led to regular confrontations between migrants of different nationalities, and five people were shot in a fight between rival Afghan groups last November.

French Interior Minister Gerard Collomb tweeted he would be heading to the area by helicopter and could stay overnight.

“After today’s serious incidents I shall be heading for Calais tonight to take stock of the situation with the perfect, the mayor and local players,” including police, Collomb tweeted.