At least 4 killed in cargo plane crash landing in Ukraine 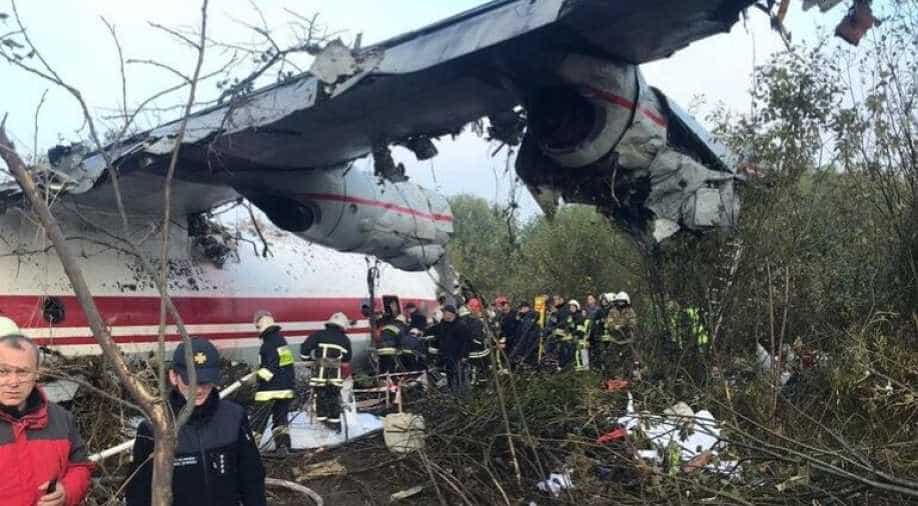 Members of emergency services work at the site of the Antonov-12 cargo airplane emergency landing in Lviv region Photograph:( Reuters )

At least four crew were killed on Friday when a Ukrainian aeroplane made an emergency landing, officials said.

At least four crew were killed on Friday when a Ukrainian Antonov-12 cargo aeroplane made an emergency landing near the western airport of Lviv after disappearing from radar, officials said.

The Soviet-designed four-engine plane vanished from radar at 7:10 am (0410 GMT) when it was 13.7 km (8.5 miles) from the airport, the emergencies service said in a statement.

"Burning is not observed," it added.

"The crew is being removed from the damaged aircraft."

One of the crew had called the service at 7:29 am to report the emergency landing of the plane, which was found 1.5 km (1 mile) from the airport.

The landing was made 'in connection with the end of the fuel', Ukrainian Infrastructure Minister Vladyslav Kryklii said later on Facebook, adding that the plane had been flying to Lviv from Spain.