At least 3 dead in Bolivia as protesters clash with security forces amid food, fuel crisis 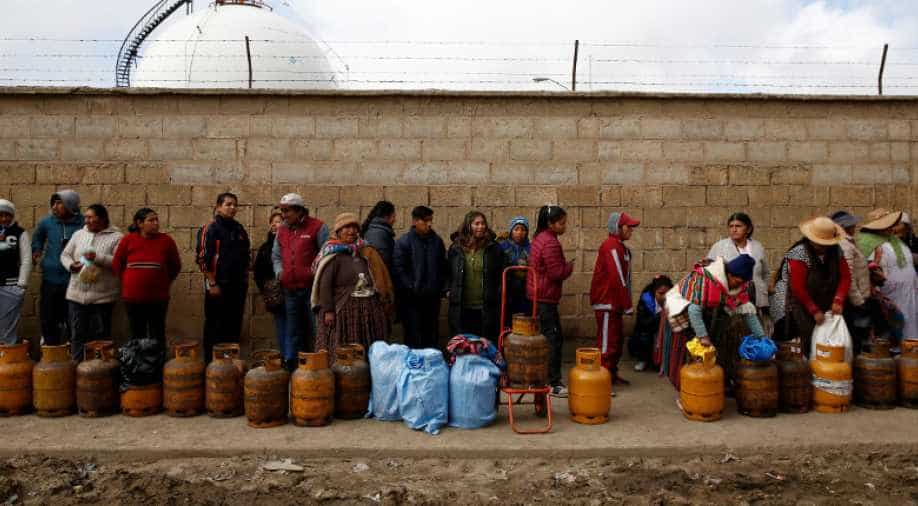 On Tuesday, troops and police lifted the blockade on a fuel plant in El Alto.

At least three people were killed and several wounded as protesters clashed with security forces in La Paz as the Bolivian military lifted the blockade of fuel supplies.

The protests which have gathered strength after ex-president Morales left for exile to Mexico last week amid vote-rigging allegation in a controversial election last month has led to renewed fighting between Morales supporters and police.

On Tuesday, troops and police lifted the blockade on a fuel plant in El Alto, operated by state-run YPFB even as Morales supporters demanded his return. The authorities deployed armoured vehicles and helicopters in a bid to break the blockade which has severely hit Bolivia's economy.

Bolivia has been hit by food and fuel shortages amid the protests as the government led by interim president Jeanine Anez, 52, has insisted that free and fair election would be held shortly. However, Anez hasn't announced the date of the elections.

Morales supporters have been demanding interim President Jeanine Anez's resignation and the return of their leader.

The death toll as a result of the clashes on Tuesday climbed to 27 since the elections on October 20. Last Friday, nine people were killed as police clashed with protesters in the central city of Cochabamba, a coca-growing highland. On Monday, in renewed clashes again near Cochabamba police fired tear gas at Morales supporters.

Carlos Mesa an influential politician who came second in the presidential polls in October urged Anez to hold elections as soon as possible along with other ministers who want the polls since Morales' Movement to Socialism party (MAS) has a majority in the Congress.