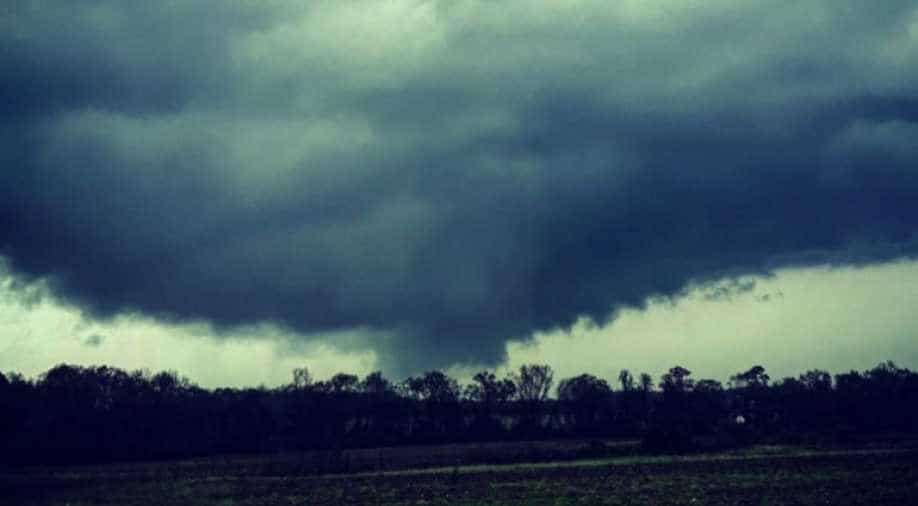 'Unfortunately our toll, as far as fatalities, does stand at 23 at the current time,' Lee County Sheriff Jay Jones told the local CBS affiliate, acknowledging that children were among the dead.

A tornado tore through the southern US state of Alabama on Sunday, killing 23 people, uprooting trees and causing "catastrophic" damage to buildings and roads, a local sheriff said.

"Unfortunately our toll, as far as fatalities, does stand at 23 at the current time," Lee County Sheriff Jay Jones told the local CBS affiliate, acknowledging that children were among the dead.

Other people have been hospitalized, some with "very serious injuries," he had earlier told reporters.

Search operations for those still missing were halted on Sunday night due to hazardous conditions, but Jones added they would resume on Monday morning.

"The devastation is incredible," he said.

"I cannot recall at least in the last 50 years... a situation where we have had this loss of life that we experienced today."

Wrecked houses, downed trees
The swath of destruction left by the storm was a quarter mile (0.4 kilometres) wide and stretched for the "several miles that it travelled on the ground," according to Jones.

Still and video images showed trees that had been snapped in two, debris-strewn roads and wrecked houses in the wake of the storm.

More than 6,000 homes were left without power in Alabama, according to PowerOutage.US, while 16,000 suffered outages in neighbouring Georgia.

Authorities warned the death toll could rise further as rescuers search through the debris in Beauregard, about 95 kilometres east of the state capital Montgomery.

Television images showed the heavy rain had relented by dusk but many roads in the worst-hit areas were left littered with debris and unpassable.

Residents in the town of Smith Station told local TV news crews of their shock at turning up to work to find their businesses destroyed and seeing crying co-workers comforting one another.

One bar in the town appeared to have lost its roof and most of its walls, in images screened by MSNBC, while a cell tower was completely destroyed.

"My sister and niece have been under tornado watch and warnings all day in Montgomery... Prayers up for Alabama," Emmy Award-winning filmmaker Ava Duvernay tweeted.

Late Sunday, US President Donald Trump expressed his condolences to those affected.

"To the great people of Alabama and surrounding areas: Please be careful and safe," he wrote on Twitter.

"Tornadoes and storms were truly violent and more could be coming. To the families and friends of the victims, and to the injured, God bless you all!"

'Take cover'
The National Weather Center had issued a tornado warning for areas including Lee County earlier on Sunday, calling on residents to: "TAKE COVER NOW! Move to a basement or an interior room on the lowest floor of a sturdy building. Avoid windows."

It tweeted late Sunday that the southeastern US, struck by a severe storm system, could see "damaging winds, large hail and isolated tornadoes" overnight.

While Jones referred to a single storm, CNN reported that two tornadoes had hit Lee County in quick succession, some of "at least a dozen" it said tore through Alabama and the neighbouring state of Georgia on Sunday.

NWS Birmingham suggested that there were multiple twisters in the area, tweeting that the "first tornado to impact Lee County today was at least an EF-3 & at least 1/2 mi wide."