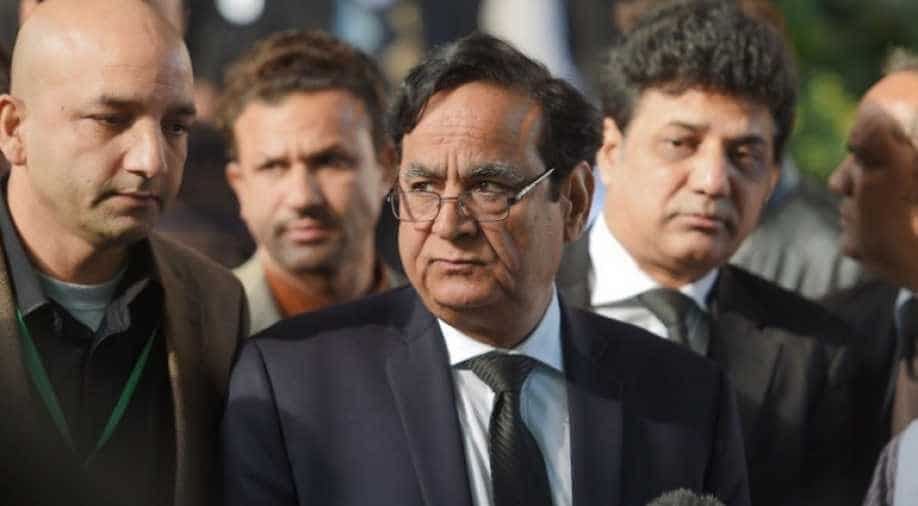 Saif-ul-Mulook fled to the Netherlands last November after violent protests erupted over the Pakistani Supreme Court's decision to overturn Bibi's death sentence from 2010.

The Pakistani lawyer who secured the acquittal of a Christian woman facing the death sentence for blasphemy is himself seeking protection from European governments, his French lawyer told AFP on Friday.

Saif-ul-Mulook has been targeted by death threats since his the spectacular acquittal of his client Asia Bibi, a labourer from central Punjab province on death row since 2010.

"He is hoping that people will take into account his heroic actions in defending Ms Bibi, given the current circumstances in Pakistan, which led him to exchange his freedom for hers," Mulook's lawyer Francois Zimeray told AFP.

"He does not want to seek asylum, but rather to ask for European nationality," Zimeray said.

Mulook fled to the Netherlands last November after violent protests erupted over the Pakistani Supreme Court's decision to overturn Bibi's death sentence from 2010.

He returned to Islamabad on January 26 to defend Bibi as she faced another appeal of the supreme court's decision, which was rejected on Tuesday.

Bibi, who has been detained in protective custody, is expected to leave Pakistan as well to seek asylum in a North American or European country, and unconfirmed reports have said her children are already in Canada.

The country's foreign ministry confirmed Thursday that Bibi was free to leave the country after her years-long legal ordeal, which drew worldwide attention to religious extremism in Pakistan.

Even unproven accusations of blasphemy in Pakistan have caused lynchings and murders.

Religious groups have said "they would kill her despite the judgment of the Supreme Court," Mulook said after the court's decision Tuesday. "Therefore, I think she should leave the country."