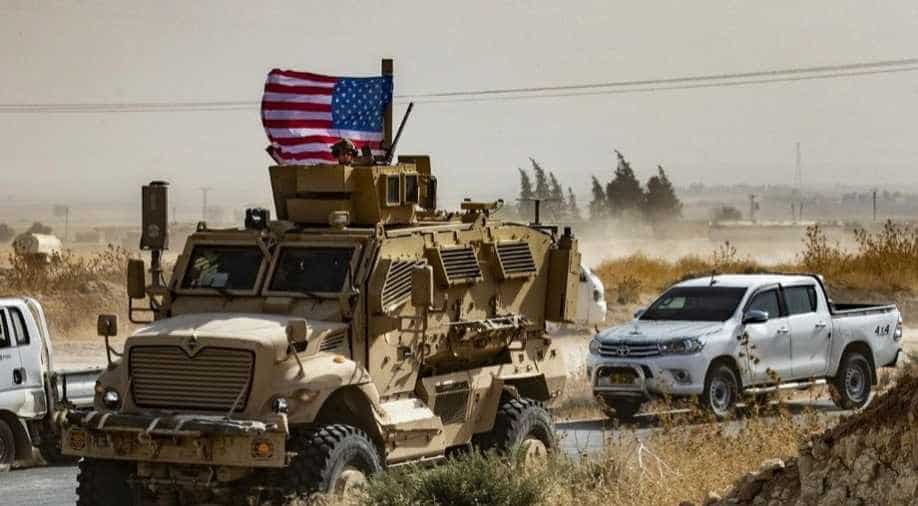 The first military operations began on Monday night with Turkish artillery and jet fighters bombing Kurdish positions in Tell Tawil, a village in the northeastern side of Syria.

Turkey said on Tuesday it had completed preparations for a military operation in northeast Syria after the United States began pulling back troops, opening the way for a Turkish attack on Kurdish-led forces long allied to Washington.

The first military operations began on Monday night with Turkish artillery and jet fighters bombing Kurdish positions in Tell Tawil, a village in the northeastern side of Syria.

The US withdrawal will leave Kurdish-led forces in Syria, that have long allied with Washington vulnerable to a planned incursion by the Turkish military which brands them as terrorists.

Many of the US military bases, including the one near Tel Arqam, have now been completely desolated after the withdrawal.

The Kurdish forces have denounced the US decision by calling it a stab in the back.

Even as the global outrage continued over the United State's double stand, Trump reiterated that his decision was firm and that it was something he was considering for the past nine months.

"I was going to do this nine months ago. and we were not at 100 per cent but we were pretty close, everyone said can we get to 100 per cent. now I get to 100 per cent and they say 'well maybe we could stay longer'. I said well 'when do we get out? there's going to be a time we get out we have to bring our people back home'; and frankly our great soldiers have been talking about this on the campaign. you go back three years ago and more and you watch the speeches we want to bring our soldiers back home. these are the endless wars," Trump had said during a briefing with the military leaders.

On late Monday Trump threatened to "totally destroy and obliterate" Turkey's economy if it took any action he considered "off-limits" following his decision to withdraw American forces from northeastern Syria.

"As I have stated strongly before, and just to reiterate, if Turkey does anything that I, in my great and unmatched wisdom, consider to be off-limits, I will totally destroy and obliterate the Economy of Turkey (I've done before!)" Trump had tweeted.

The President had earlier appeared to mellow his position on the troop withdrawal as he had said the troops will be relocated to different bases.

The White House held a press briefing on the issue earlier during which it said that the Trump administration would not support or endorse any Turkish military action on the Kurds and that the troops were not being withdrawn per se.

The President decided to relocate the US troops to different bases when he learnt about the planned Turkish incursion.

According to the White House, Turkey would be made responsible for any humanitarian issues during the proposed operation, and it will also have to take responsibility for the Islamic State fighters currently imprisoned by the Kurdish forces.

Meanwhile, Turkey says that the US, which supports the Syrian Democratic Forces, was moving too slowly to set up the buffer zone.

It has repeatedly warned of launching an offensive on its own into northeastern Syria, where US forces are stationed alongside the SDF.

In August, the NATO allies had agreed to establish a zone in northeastern Syria along the border with Turkey.

Ankara says that the zone should be cleared of the People's Protection Units, a Kurdish militia.

Turkey says that it wants to settle up to two million Syrian refugees in the zone.