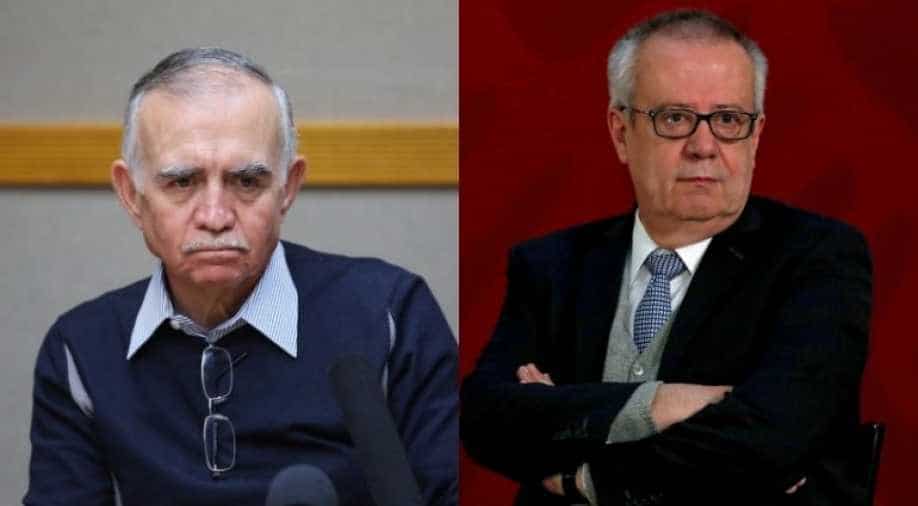 The friction with biotech businessman Alfonso Romo was among the differences that led to Urzua's departure, Lopez Obrador said on Wednesday.

At the heart of former finance minister, Carlos Urzua's abrupt exit from the Mexican government was a dispute with President Andres Manuel Lopez Obrador's chief of staff, a millionaire who has placed business associates in influential government posts.

The friction with biotech businessman Alfonso Romo was among the differences that led to Urzua's departure, Lopez Obrador said on Wednesday.

Lopez Obrador said the disagreements between Urzua and Romo were "notorious" inside the cabinet after he gave Romo responsibilities over the merger of two state-run development banks usually overseen by the finance ministry. A close associate of Romo was named to run the banks.

"I asked Alfonso Romo to help in the coordination of the development banks, and there was disagreement over that," Lopez Obrador said at a regular news conference.

Urzua did not discuss the issue of the banks or mention Romo in his resignation letter. Romo, who has yet to comment publicly, has not been accused of wrongdoing.

Urzua's resignation brings into the public eye deep differences over what constitutes conflicts of interest in the government, which Lopez Obrador says is ending the country's infamous levels of high-level corruption and cronyism in politics.

In Charge of Banks

The administration of Lopez Obrador put Eugenio Najera in charge of the two state banks in December.

Najera was a board member or special adviser in several of Romo's businesses from the 1990s onwards, according to his biography on the government website and SEC filings, including in Vector Casa de Bolsa, a brokerage that is part of a company Romo founded.

Romo used Vector's offices as a base during the 2018 election campaign.

Najera then worked with Romo after the July election that swept Lopez Obrador to power, focusing on an industrial and technological development plan for the administration, according to a government statement in December announcing his appointment to run the banks.

Najera's office did not immediately respond to a request for comment. Urzua did not respond to requests for more details about the contents of his resignation letter.

Lopez Obrador said at the news conference that Urzua had opposed the appointment of Najera.

He said such ties did not represent a conflict of interest, however. The state banks had not given loans to relatives of government officials or their businesses, he said.

"I don't see any conflict of interest, but if that was one of his disagreements, I respect his point of view. I don't share it," Lopez Obrador said, adding that he personally "kept an eye" on everyone, including his family, to avoid abuse of power.

Amid its push to curb corruption, Mexico has stepped up rules around conflicts of interest. Mexican law requires public servants to speak up when they have a conflict and recuse themselves if necessary, legal experts say.

Romo resigned from the boards of several companies before the government took office on Dec. 1, including Vector. His brother is still listed on the Vector website as a board member. Vector did not immediately respond to a question about whether he retains a financial interest.

In an interview with Reuters last year, Romo said he would step down from his government post before he would sell any ventures.

An equestrian who competed in the 1996 and 2000 Olympic Games, Romo looks to have emerged strengthened from the contest with Urzua, with the backing of the president and less obstruction in the finance ministry to carry out his plans.

Lopez Obrador said it was normal for there to be differences within a government that was pushing big changes in the economy. In a video message on Tuesday, he said Urzua was not comfortable with decisions being taken to up end what the president frequently calls the neoliberal era in Mexico, starting in the 1980s.