As European right re-emerges, what are the ambitions now? 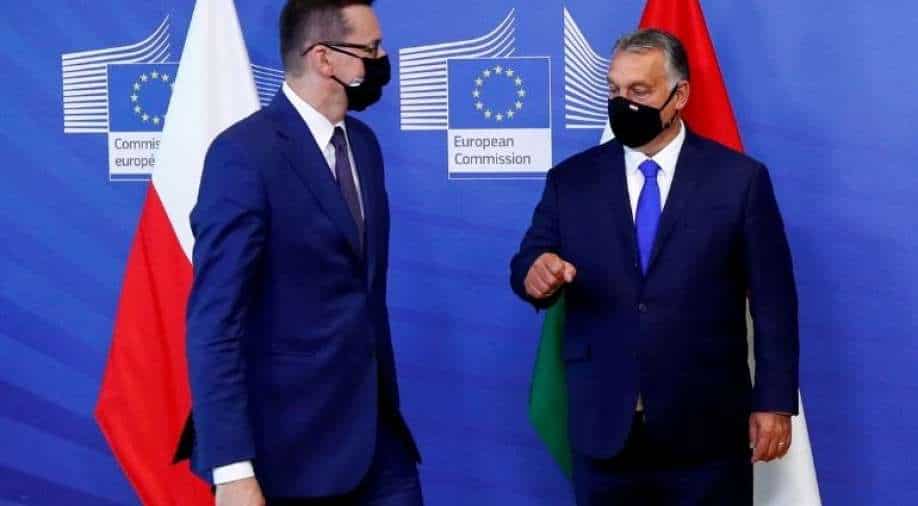 Will the continent once again be carved up on ideological lines

When Europe shifts right, there are no half measures.

It's a full-on plunge into populism, expansionism and ethnic-racial politics.

The last time, this happened, the world suffered as ruthless dictators ran riot, free nations were invaded and millions died.

But what are its ambitions this time? Will the continent once again be carved up on ideological lines?

Let's first look at some context.

They were laying the groundwork for a new European project, a right-leaning political grouping within the continent.

This isn't a new idea and the EU parliament already has a right-leaning alliance.

It is led by the European People's Party, but last month, Orban quit this alliance.

He feels it is playing second fiddle to the European left.

The question is what unites this proposed alliance?

The recent wave of migration into Europe has multiplied the continent's diversity.

This has come with its own drawbacks like radicalisation and a series of Islamist attacks.

Leaders like Orban believe in the singularity of Europe and Christianity.

His new alliance would champion a Christian Europe.

Orban also talks about family and it makes sense from a Christian perspective.

The Hungarian PM is not a fan of abortion or gay rights and during his tenure, he has limited both.

And in Italy, Salvini is known for making rounds at anti-abortion conferences.

Does this mean a withdrawal from the European Union? The Polish prime minister doesn't think so.

In fact, he says the alliance wants to boost solidarity.

"We want to promote solidarity but not at the expense of weaker (nations). Europe should not dictate the stronger ones, those who are bigger or stronger today. European solidarity should be based on common values," he said.

"Europe should not dictate," is a popular slogan in Eastern Europe.

Beyond the cosmetics in Brussels, the EU is an endless bureaucratic pit.

There are tens of thousands of standards that include the size of a loaf of bread, the length of the exhaust pipe on your car, amongst more.

But there is an upside to this as the regulations extend to democratic practices like freedom of speech.

Brussels has long accused Orban of running Hungary into lawlessness.

The Hungarian PM does not appreciate this evaluation.

There is no single reason for this right-wing renaissance which is a combination of anti-migration rhetoric, the self-glorifying politics of the left and an aversion to a multi-cultural Europe.

However, forging this alliance won't be easy.

Both Orban and Salvini are close to Russian President Vladimir Putin.

Poland on the other hand has a love-hate relationship with Moscow and so navigating the Russian question will not be easy.

Europe is fertile ground for right-wing politics, a trend that was reinforced by the pandemic.

The EU effectively cut off vaccine trade and spent big bucks to sweep up millions of doses.

These are classic right-wing strategies.

Orban and his allies are playing to a gallery that is already on its feet applauding.

The ambitions of this new alliance are clear, which is a conservative Europe with regressive controls on citizens.

The EU has long dictated other countries on policies.

So is it going to disown these three members? The chances are highly unlikely.

But if this new alliance does materialise, we could see some heated face-offs in the European Parliament.

And with the wave of right-wing populism spreading across Europe, such a political divide could be the end of European solidarity or whatever is left of it.