As Europe reopens borders, Germany to lift travel warning for most countries from July 1 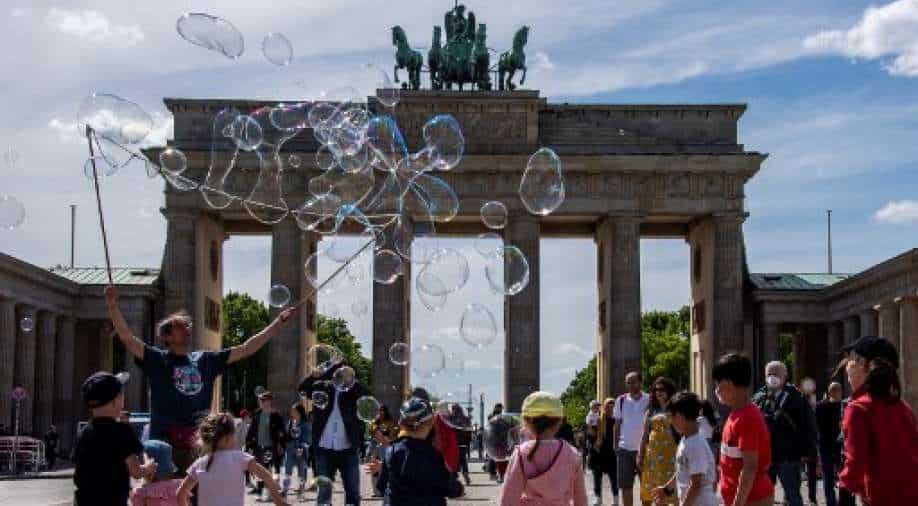 People gather in front of the landmark Brandenburg Gate in Berlin Photograph:( AFP )

As European countries continue to reopen their borders, Germany on Friday announced it will be lifting travel warning for most countries from July 1.

German foreign minister made the announcement while asserting that restrictions will remain in place for countries where virus variants are still circulating.

"In many places, the number of infections is falling, and more and more citizens are vaccinated. After long months of lockdown, we can look forward to more normalcy, this also applies to travel," Foreign minister Heiko Maas said.

According to authorities, infection rates of 50-200 cases per 100,000 people in seven days isn't considered a "risk-zone" anymore.

The German government is aiming to vaccinate the entire adult population by September. The government had said earlier that children over the age of 12 would be given the Pfizer-BioNTech vaccine.

Germany health authorities recently broke the third wave coronavirus chain amid testing and lockdowns which allowed restrictions to be relaxed across the country. However, German Chancellor Angela Merkel cautioned citizens saying that "the pandemic is not over."

Last month, the German government had declared Britain and Northern Ireland as virus variant regions requiring two-week quarantine for those who arrive in the country.

Chancellor Merkel however continued to be cautiously optimistic, asserting that, "We have a summer ahead that has a lot of possibilities, but we must not be carefree, we must keep looking at the situation very closely."