Armenian villagers burn their houses just ahead of Azerbaijan takeover 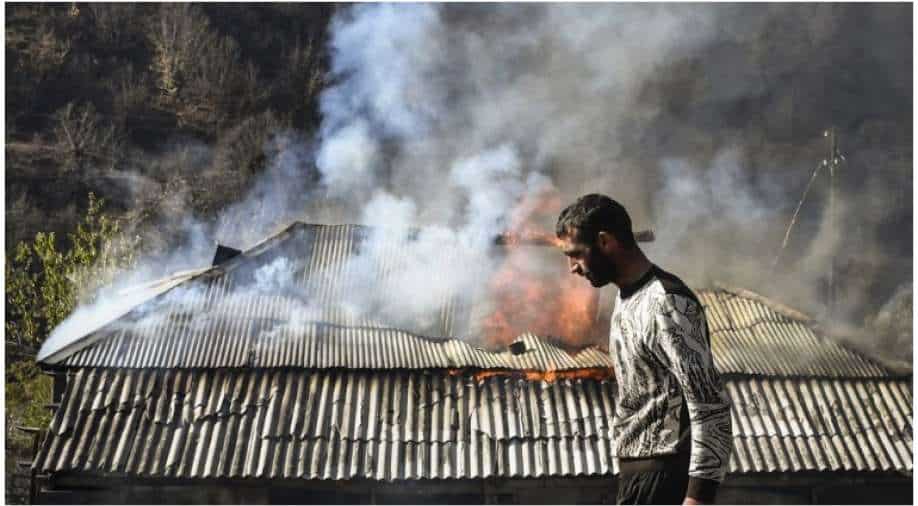 A man walks past a house burning in the village of Charektar outside the town of Kalbajar on November 14, 2020, during the military conflict between Armenia and Azerbaijan over the breakaway region of Nagorno-Karabakh. Villagers in Nagorno-Karabakh set their houses on fire before fleeing to Armenia ahead of a weekend deadline that will see parts of the territory handed over to Azerbaijan as part of a peace agreement. Photograph:( AFP )

Villagers in Kalbajar District outside of Nagorno-Karabakh region set their houses on fire on Saturday. The district is part of the territory previously controlled by Armenian Separatists which will now be handed over to Azerbaijan as a part of the peace agreement.

"This is my house, I can't leave it to the Turks," as Azerbaijanis are often called by Armenians, said one resident as he threw burning wooden planks and rags soaked in gasoline into a completely empty house. He was quoted by AFP.

"Everybody is going to burn down their house today... We were given until midnight to leave," he said.

"We also moved our parents' graves, the Azerbaijanis will take great pleasure in desecrating our graves. It's unbearable," he added.

Armenia and Azerbaijan entered into an armed conflict in late September. The fight lasted for six weeks.

Armenia on Saturday said that 2,317 of it fighters were killed in the clashes, an increase of nearly 1,000 deaths compared to the last confirmed death toll among Armenian fighters.

Azerbaijan has not revealed its military casualties and the real toll after weeks of fighting is expected to be much higher.