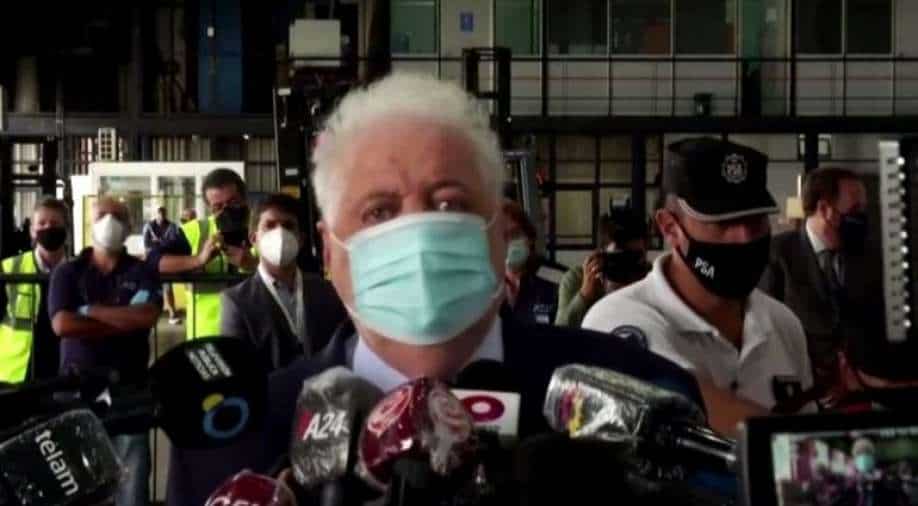 Argentina's health minister resigned on Friday after a journalist claimed that he was able to skip the queue for getting coronavirus vaccination.

"Responding to your express request, I present my resignation from the position of minister of health," Gonzalez Garcia said in a letter addressed to the president.

He will be replaced by Carla Vizzotti, who ensured the use of Russia's Sputnik V vaccine, making Argentina the first American country to approve it.

The scandal came to fore after a 71-year-old journalist said on the radio that he had able to get inoculated before the general population due to his longstanding friendship with Garcia.

Reports say at least 10 people got vaccinated without following proper procedure and the journalist was one of them.

So far, only healthcare personnel have been vaccinated in the country and inoculation for people over 70 started on Wednesday in the province of Buenos Aires.

However, local media reported that people who are in close proximity with the government are able to get vaccinated.

Argentina is not the only country in South America against which such accusations were levelled.

In Peru, some 500 government officials, including former president Martin Vizcarra and top ministers have been accused of receiving coronavirus vaccinations ahead of their turn.