Are we too burned out to defend Roe v. Wade? 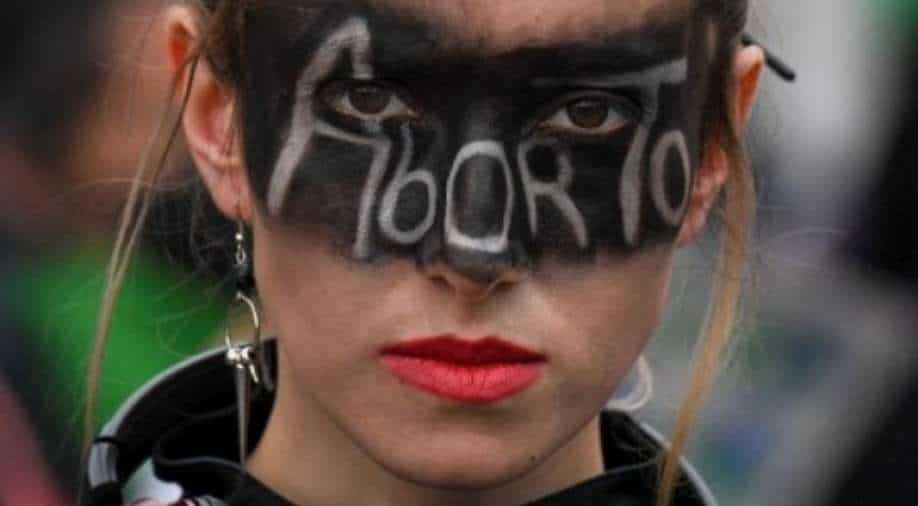 A woman with 'Aborto', Italian for Abortion written across her face, takes part in a demonstration demanding the decriminalization of abortion Photograph:( AFP )

Maybe some people are reluctant to protest because of delta. But after four years of Donald Trump and a year and a half of a pandemic, a lot of politically committed Americans are burned out

On Saturday, there will be demonstrations across the country to protest Texas’ crowdsourced abortion ban and the Supreme Court’s refusal to enjoin it. It could be a broad mobilization. Rachel O’Leary Carmona, executive director of the Women’s March, part of the coalition organizing the protests, told me there are 650 marches planned nationwide. I’ll be happily surprised, however, if any of the events are very large. Organizers have applied for a permit for 10,000 people in Washington. That’s about 10 per cent of the people who showed up there for the third Women’s March in 2019.

Lara Putnam, a historian at the University of Pittsburgh, told me she was impressed by how many events are being planned in Pennsylvania — more than for the original Women’s March. “But are the numbers of people showing up going to be the same?” she said. “No. There’s no way they’re going to be the same.”

I’ve always assumed that if the Supreme Court overturns Roe v. Wade, which I suspect it will next year, it would spark a furious backlash. But it turns out the Supreme Court can functionally suspend Roe without making too many waves. Maybe some people are reluctant to protest because of delta. But after four years of Donald Trump and a year and a half of a pandemic, a lot of politically committed Americans are burned out.

Of course, not all of them. Putnam has been tracking people, especially women, who were spurred to get involved in politics by horror and revulsion at Trump’s election. She told me that those who were most active — she estimates about 20 per cent of the total — are still at it. “Their lives remain utterly transformed,” she said. “They are still super involved. They are now either themselves elected officials,” or on local Democratic Party committees. “They are vastly more savvy than they were.”

But “in the outer ranks of people who became politically engaged, that’s where I see the biggest shift,” Putnam said. “Many people are just worrying about other things. It’s coronavirus. It’s family, it’s work.” They have, she said, “backburnered politics” for now.

To some degree, this is both inevitable and salutary. In a healthy polity, people shouldn’t have to think about politics all the time; part of what made Trump’s presidency so nightmarish was his sick genius for monopolizing attention. And there’s nothing new about Democrats demobilizing after they win elections. Barack Obama’s impassioned movement quickly evanesced once he was in the White House.

But our polity is not healthy, and the mood today is, obviously, nothing like it was in 2009. Then, success bred complacency. People set out to make Obama president, and they did, so they felt they could relax. I know of no one who cares about politics who feels relaxed now. The problem, rather, is a sort of numb despair. “People are getting fatalistic,” said Michael Podhorzer, a political strategist at the AFL-CIO. “Maybe that’s a better word than fatigue.”

Part of the issue is that it’s increasingly hard to imagine that American life will get better anytime soon. During the last five years, it was at least possible to identify dates at which things might turn around. The midterms offered an opportunity to curb Trump. The 2020 election was a chance to get rid of him. The depredations of the pandemic had to be endured until vaccines were widely available.

But now? The Republican Party is as deranged and authoritarian as ever. Biden’s agenda is stuck in a congressional standoff that’s at once frustrating, terrifying and extremely boring. The pandemic is dragging on, without an obvious offramp. We’re completely incapable of addressing the onrushing calamity of climate change. Burnout is marked by feelings of futility, and there’s a lot of that going around.

“The feeling of an endpoint is not there, particularly after the last year we’ve had,” Carmona said. There were times this year, she said, when “the East Coast was under water and the West Coast was on fire. And so there are escalating crises to which there are no known solutions.”

Carmona insists that this doesn’t mean that activists don’t have hope. But it is an explanation for why some feel enervated. What’s happening in Texas — not just the broad abortion ban, but the demented system of enforcing it through bounties collected by private citizens — may be almost inconceivably dystopian, but after the unceasing emergencies of the last few years, maintaining an appropriate level of outrage has become a challenge.

Maybe that will change if the Supreme Court, which is due to hear a case arising from Mississippi’s 15-week abortion ban in December, scraps Roe entirely. Should that happen, most abortions will automatically become illegal in 11 states because of “trigger laws.” Perhaps that will set off a mass movement, as women in states including Louisiana, Missouri and Tennessee suddenly find themselves stripped of rights they’d always taken for granted, and conservatives start fantasizing about a national abortion ban.

Part of the purpose of the protests Saturday is not just to register anger at what the Supreme Court has allowed to happen in Texas, but to get ready for what’s on the way. “We’re talking about a march this weekend, and that’s important, but the real work is going to come quietly and probably out of view of most people,” Carmona said. “We’re looking to build capacity and momentum, and I think that’s really important in the fight to come.” That might be what you say when you’re trying to manage expectations, but that doesn’t mean it isn’t true.