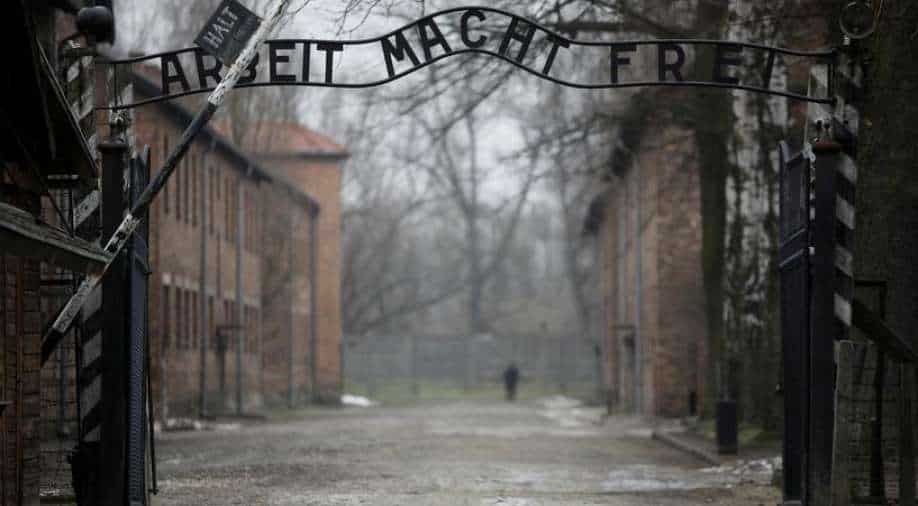 The "Arbeit macht frei" (Work sets you free) gate is pictured on the site of the former Nazi German concentration and extermination camp in Auschwitz Photograph:( Reuters )

An investigation has revealed that the Auschwitz-Birkenau concentration camp, which is now a museum, has been a target of antisemitic content on Google Maps, and Google has failed to remove such comments.

More than 150 antisemitic comments have taken space on Google Maps website for the Auschwitz-Birkenau concentration camp.

Under the section of "Tell us what you loved about this place", people have left comments such as "Heil Hitler", "It’s a shame the SS was disbanded so long ago".

These comments have been on the website for months and some have even been there for years. For example, comments such as "Showers were a great experience, Anne Frankly I’m glad I came" and "Good place to go if you want to lose weight fast" have been there for four and nine years respectively.

While some users have posted anonymously, some are posing as Holocaust survivor Primo Levi, the Australian serial killer Ivan Milat, the SS commander Michael Wittmann and Adolf Hitler, and so on, to post antisemitic comments.

This observation was made through an investigation conducted by an international media house, The Guardian. The report also claims that even though the investigators tried flagging the comments through the feature of "flag as inappropriate", more than 153 comments stayed online for more than 24 hours.

The museum claims this has been a problem for a long time. "Our experience is that sadly, in many cases, different disturbing, antisemitic comments are often not removed after being reported as they ‘do not violate regulations’," Auschwitz Memorial’s spokesperson said.

All offending reports have been redirected to the Community Security Trust (CST), a charity offering advice and support to Jews experiencing antisemitism.

"It is sadly predictable that the listing for Auschwitz would attract antisemitic comments and Google ought to have systems in place to address this," a CST spokesperson said.

"Unfortunately [Google’s] failure to do so is yet another example of the need for effective regulation through the online harms bill. It is clear that the platforms’ existing policies are not doing the job."

Google has assured that proper action will be taken and the comments will be taken on priority while adding that the system will be evaluated to make sure such situations do not arise in future.

"We are appalled by these reviews on our platform and are taking action to remove the content and prevent further abuse," the Google spokesperson said. "We have clear policies that prohibit offensive and fake reviews and we work around the clock to monitor Maps. In this case, we know we need to do better and are working to evaluate and improve our detection systems."