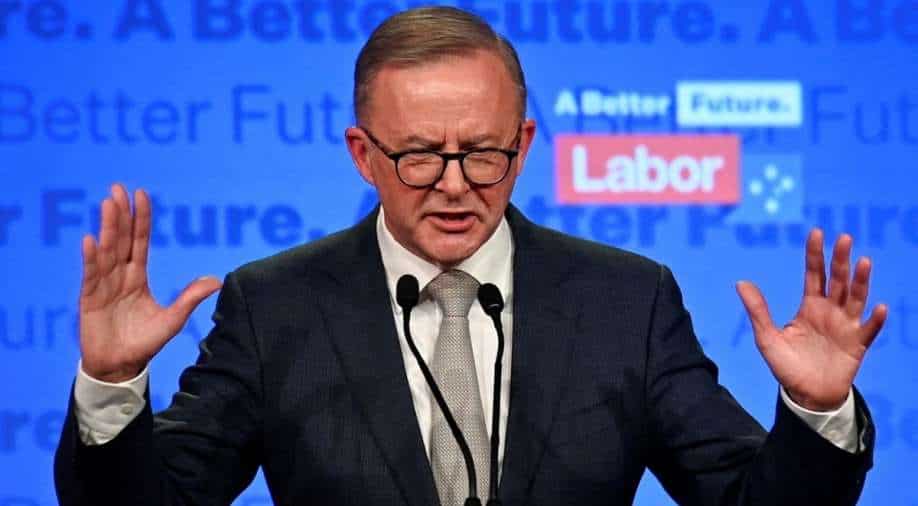 Ahead of the Quad summit, Albanese on Monday said the country's relationship with China would remain "a difficult one"

Anthony Albanese on Monday (May 23) was sworn in as the 31st Prime Minister of Australia at Government House in Canberra. After taking office, Albanese headed to Japan to attend the Quad summit, which is scheduled to take place on May 24 in Tokyo.

With Albanese, some other members of his party also took charge including Foreign Minister Penny Wong, Treasurer Jim Chalmers and Finance Minister Katy Gallagher. Notably, Wong will join Albanese at the Quad summit.

The Quadrilateral Security Dialogue or Quad is a strategic security dialogue between Australia, India, Japan, and the United States as leaders of the mentioned countries hold talks to discuss global issues apart from strengthening bilateral relations.

After winning the election, Albanese had said that the Tokyo summit was "an absolute priority for Australia and an opportunity to send a message to the world".

He further added that partners overseas can expect wholesale changes ", particularly with regard to climate change and our engagement with the world on those issues".

The Quad grouping has been seen as intended to pressure China as it builds its economic and military weight in the region. Meanwhile, Albanese on Monday said the country's relationship with China would remain "a difficult one".

"It is China that has changed, not Australia, and Australia should always stand up for our values and we will in a government that I lead," Albanese said during a media briefing.