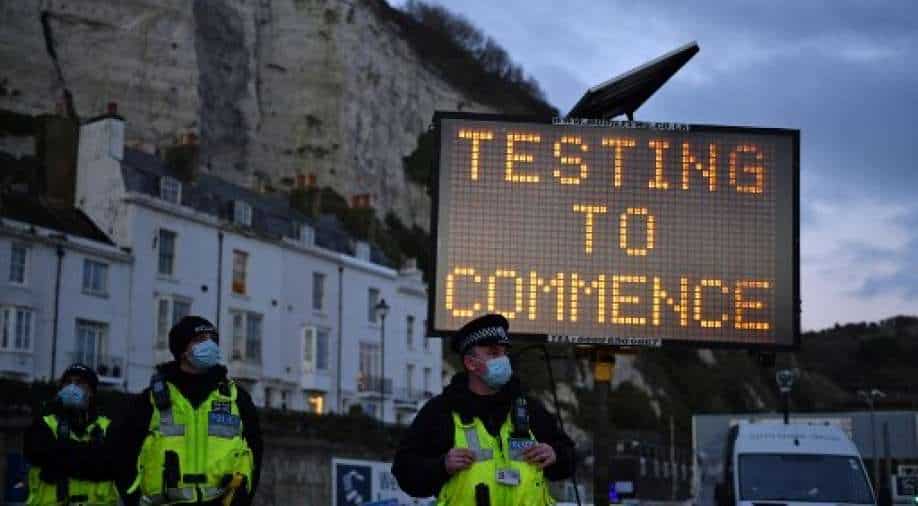 At least 16 cases of another new strain of novel coronavirus have been detected in the UK, making authorities designate it as a "variant under investigation".

The newly-detected variant has a mutation in common with the South Africa and Brazil strains, reports BBC.

The cases were first identified on February 15 and experts suspect that the new variant may have originated in Britain.

All 16 individuals, who have tested positive for variant, have been asked to isolate with their contacts traced.

Public Health England (PHE) said that mass testing would not be necessary for the variant as is done for the Brazilian one, which falls under the category of a variant of concern (VOC).

So, far four variants of Covid-19 are on the radar of the UK health authority, four under variants of concern and the remaining designated as variant under investigation.

Meanwhile, authorities continue to track down a person in England who has been reported as the first infected by the Brazilian variant.

At least 379 households have been identified and invited to undergo the Covid-19 test, but, the person infected with the strain has not been traced as he used a home-testing kit and did not share his contact details properly.

The UK on Thursday along with four other nations unveiled a consortium to give fast-track approval to vaccines designed to protect people against emerging coronavirus variants.

"Our priority is to get effective vaccines to the public in as short a time as possible, without compromising on safety," said Britain's Medicines and Healthcare products Regulatory Agency (MHRA), which is one of the regulators of the agreements, others being counterparts from Australia, Canada, Singapore and Switzerland.