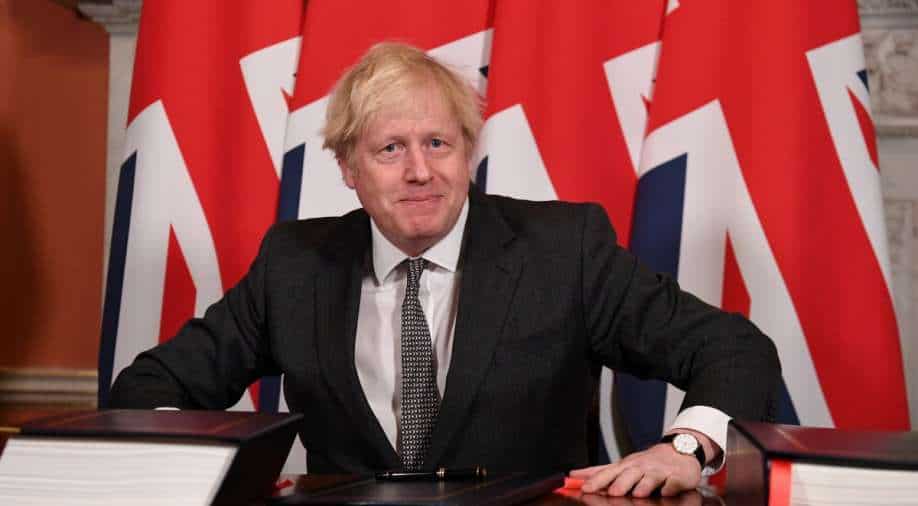 In his video, British PM Boris Johnson said his government wants to encourage another 700,000 people around the country to become "fitter, healthier and happier" and ensure they "bounce back better together".

UK Prime Minister Boris Johnson dropped his weight by at least 14 pounds after giving up “late-night cheese” and chocolate.

I’ve been doing all I can to lose weight, and I'm not only fitter and healthier but also happier for it.

I'm pleased we’re investing £100 million into services to get the country healthier so we can all – quite literally – bounce back better. pic.twitter.com/twD2EYFwyR

The British prime minister said he feels ''much more energetic'' after shedding some weight, adding, "I've been eating less carbs, avoiding chocolate, no more late-night cheese, all that kind of thing. I've been getting up, ready to go for runs."

"I actually have lost some weight, quite a lot by my standards, and I feel much more energetic, I feel full of beans and I thoroughly, thoroughly recommend it," Johnson said in a video post.

In his video, Johnson said his government wants to encourage another 700,000 people around the country to become "fitter, healthier and happier" and ensure they "bounce back better together".

"I know there are many people who are in the same sort of position as I am and I was and who want to lose weight. And that's why we're investing now in that whole national objective, 100 million pounds to help people to access GP appointments to get the right apps that they need to help them to lose weight," the British prime minister, who had contracted the virus last year said.

According to researchers being overweight is a major risk for people infected with the new coronavirus. French epidemiologist Professor Jean-François Delfraissy had claimed that the United States is particularly vulnerable because of high obesity levels.

Obesity has been cited as a possible explanation for higher than average per-capita coronavirus death rates in New Orleans in the United States and in Mexico.