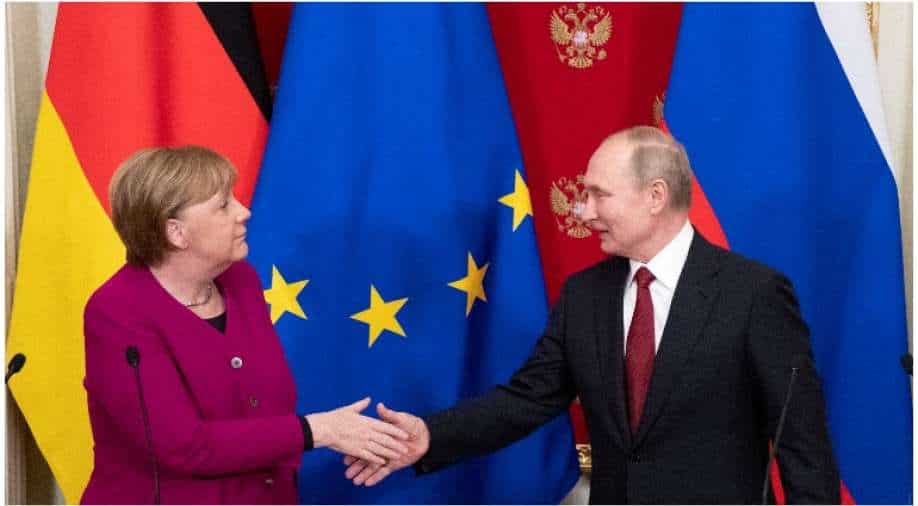 Merkel, who is from East Germany, will meet Russian President Vladimir Putin, who was stationed in East Germany during his time as a KGB agent. Both Merkel and Putin speak each other's language fluently

German Chancellor Angela Merkel on Friday began talks with President Vladimir Putin in a historic meet that marks end of an era. This is Merkel's last Russia visit as Germany's chancellor.

She is due to step down after elections this September.

The meet marks end of an era as Merkel, who is from East Germany, meets Putin who was stationed in Dresden during his time as a KGB agent. Both Merkel and Putin speak each other's language fluently.

Putin is the only G-20 leader still around since Merkel took over Germany's top job.

The Russian leader has been described by foes and fans alike as both arrogant and charming.

Relations between two of Europe's longest serving leaders soured in 2014 when Russia annexed Crimea from Ukraine, drawing broad condemnation and sanctions from the West.

Friday's talks coincide with the first anniversary of the poisoning of Kremlin critic Alexei Navalny, an incident that severely strained Russia-Germany ties.

Putin gave Merkel flowers before the talks and said he expected a substantive meeting despite it being a "farewell" visit.

Merkel said the two had differences of opinion but that it was important to talk. She said she wanted to discuss Afghanistan as well as the situation in Russia with civil society and non-governmental organisations, some of which have been outlawed in a pre-election crackdown.

A news conference is expected at around 1300 GMT.

The anniversary of the poisoning of Navalny, Putin's most vocal domestic critic, is likely to loom large at their talks.

Navalny was flown to Germany last year after being poisoned with what the West concluded was a military nerve agent. Moscow rejects that and alleges a Western smear campaign. Navalny was jailed when he flew back to Russia.

In a letter to mark the anniversary published in three European newspapers on Friday, Navalny appealed to the West to do more to combat corruption in countries like Russia.