Amid TikTok controversy, Trump gets verified account on Triller 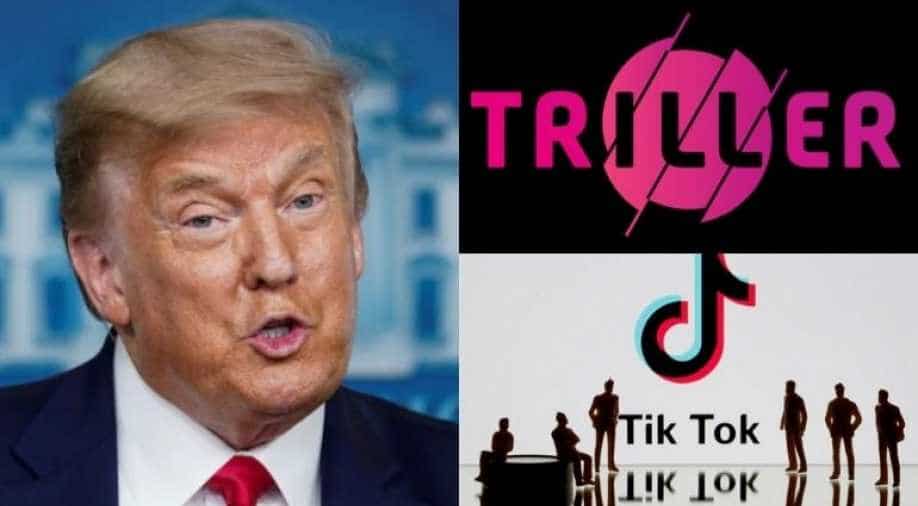 As of Saturday late night, Trump’s Triller account had three short videos and a little more than 3,000 followers

The US President Donald Trump has been a very vocal hater of the popular video sharing app TikTok with Chinese roots.

He recently gave an ultimatum to the Chinese parent company ByteDance to handover its US operations to a US-based company or face a complete ban in the US.

While that controversy is still going on, Trump has chosen sides with TikTok's competitor app Triller. While TikTok is trying to find a way to save the company from the ban, unless ByteDance divests it within 45 days, Triller has gifted a verified account to the US President.

As of Saturday late night, Trump’s Triller account had three short videos and a little more than 3,000 followers. Experts believe this can also help Trump reach the younger generation ahead of the November 03 Presidential elections.

Triller is one of the most common and famous alternative of TikTok.

However, there has been no comments from the President — who lost his younger brother few hours ago — or his campaign team.

Meanwhile, ByteDance has been approached by Microsoft and TikTok for takeover of the company's US operations. Microsoft, however, may also be looking to buy ByteDance's India operations, in addition to North America, Australia and New Zealand, as per local media reports.

Triller and TikTok have not yet issued a statement.