Amid row over Biden's 'killer' remarks, Putin invites US president for virtual talks 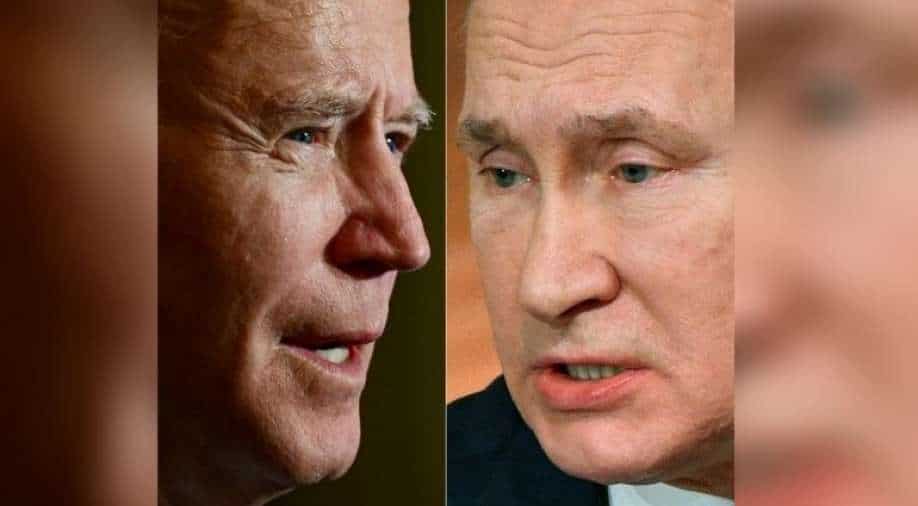 Amid the verbal spat, Russian President Vladimir Putin on Thursday invited his US counterpart Joe Biden for virtual talks.

"I want to invite President Biden to continue our discussion, but on condition that we will do this practically live, as they say, online," the Russian president said in televised comments, hinting that their talks could be held either on Friday or Monday.

He added that the discussion would be an "open direct" one and "interesting" for the people of both nations.

Putin's comments came after Washington and Moscow exchanged barbs following Biden's comments in which he said he agrees that Putin is a "killer" in an interview.

Also read | 'Takes one to know one': Putin strikes back on Biden's 'killer' comment

Biden also told ABC News in the interview that Putin would "pay a price" for attempting to undermine his candidacy in the 2020 US election.

The White House on Thursday defended the American president, saying the "president gave a direct answer to a direct question.

Earlier on Thursday, the Russian president mocked Biden's "killer" comments, saying "it takes one to know one".

The US president's remarks escalated one of the biggest diplomatic crisis between Russia and the US in years as Moscow late Wednesday asked its Washington ambassador to return back for urgent consultations.